Use of IT and social networks for engaging citizens 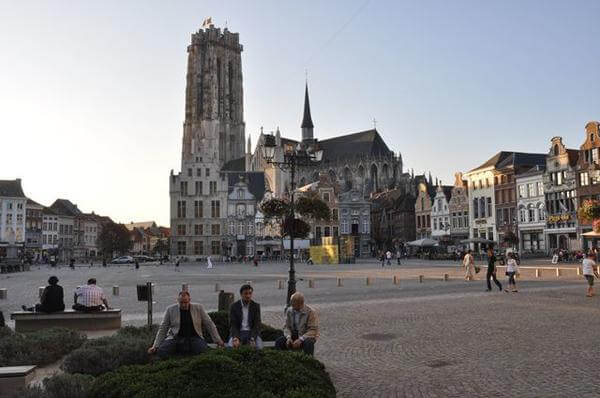 Based on the interest expressed by CIVITAS-ELAN partners, and the fact that IT and social media can be efficient mechanisms for stakeholder and citizen engagement, a training workshop titled “Use of IT and social networks for engaging citizens” was held in Mechelen on 27 September 2011.

The main focus was on the following issues: - whether and for which objectives to create own social media spaces for interacting with stakeholders; - which are the main reasons to choose social media instead of traditional ones; - which audience to target by using social media; - how to make the target audience aware of new social media networks; - how to support and maintain continuous interaction; - how to deal with the feedback; - what resources are needed (human, technical, etc.); - how to "sell" social media to politicians who have reservations; - how to benefit from the positive aspects of social media and minimize the negative ones? The workshop began with brief reports from the CIVITAS-ELAN cities on their experiences with the use of IT and social media in the implementation of mobility measures. All CIVITAS-ELAN cities effectively communicate with stakeholders through the project websites. In most of cases they also use different social networks to disseminate information about the project and mobility measures, but the communication and especially the feedback from citizens are not sufficient yet. Besides the ELAN experiences also the experiences from CIVITAS-MIMOSA cities were presented. Prof. Michael Opgenhaffen (Lessius University Antwerp) made his reflection on cities’ presentations. He praised the fact that CIVITAS cities have specific sub-sites in their own languages, and several of them perform social activities on their websites. When listing less convenient aspects the expert mentioned that the general CIVITAS website could be improved regarding the insight into the CIVITAS projects and social media activities, regarding the cross-promotion of social media, establishing links between the social media platforms and generally enabling better interaction with users. The expert’s reflection was followed by a general presentation on social media, focusing on its use for engaging stakeholders. Various types of social media and social networks were presented (Netlog, Facebook, LinkedIn, Twitter, Flickr, location based social networks, expert platforms, etc.). Sustainable mobility is a "social media thing", said the expert, and CIVITAS projects should use social media “to present information, to entertain users, and to interact with users in order to get the knowledge on what users perceive as problems, how problems could be solved and what are their proposals”. The second part of the workshop was an interactive discussion between the expert and participants on the issues and challenges, such as how to increase and engage the social media fan base, how to convince decision-makers that social media are an effective tool, and how to deal with the feedback, especially the negative and emotional ones. Various hints and recommendations were given by the expert and mutually by participants who actively contributed to the discussion with their experiences. Participants were pleased with the workshop and stressed that it should not be the last training event where CIVITAS partners could build their capacities in the use of social media. Also, participants encouraged the European Commission and the CIVITAS Political Advisory Committee to dedicate more attention to this theme, especially for making city politicians aware of its importance in communication with citizens.