The secret behind rising bus patronage in San Sebastian 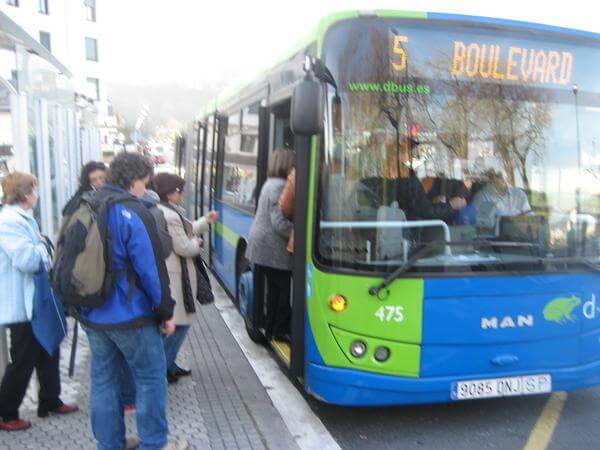 The evaluation of high-quality bus corridors in Donostia-San Sebastian has revealed the secret behind the constant increase in bus patronage in the city: reliability and speed.

The number of public transport users in Donostia-San Sebastian has steadily increased over the last seven years with an average annual growth rate of 1.9 percent since 2006. In 2011 (the most recent year for which data is available), patronage reached 29.2 million users per year. It is particular remarkable that according to a survey conducted that same year 19 percent of CTSS-DBUS (public transport company) passenger were formerly car users, which has contributed to a reduction in the number of cars entering the CIVITAS corridor by more than 7,500 cars a day. Overall, there is a decreasing trend in public transport use in Spain. So what is the secret behind San Sebastian's success story? Within the CIVITAS ARCHIMEDES project, San Sebastian has taken action to increase all dimensions of quality in the operation of public transport along the two main corridors in the city (with two lines certified according to UNE EN-1313816 quality standard). A survey conducted by CTTS-DBUS in 2011 identified that the two main assets of this quality improvement are reliability and speed. New bus users referred to these two aspects most frequently (19% and 13% respectively) as reasons for their shift towards bus services. These two reasons followed the "convenience of the route" as the most often citied factor (36%). The evaluation revealed outstanding results on the performance indicators for reliability and speed. The improvements in service operation have contributed to achieving an excellent punctuality index with over 98 percent of all services being on time. The average speed of buses along the corridors has also increased by approximately 2 km/h (averaging 17 km/h), which has reduced travel time by more than three minutes. These improvements have been acknowledged by users. Their perceived quality of service has increased from 7.3 in 2006 to 7.6 after the measure was fully implemented.