Like in all European cities, the COVID-19 pandemic crisis has affected the mobility patterns of residents and tourists in Madeira.

This trend was carefully monitored for the first time in Funchal – the main city on the island of Madeira – through the smart traffic counting system installed by the Municipality of Funchal in June 2018. The data collected highlighted how mobility patterns have changed due to the pandemic and the impact of the subsequently implemented contingency plans.

Portugal saw its first COVID case on 2 March, which followed an “alert period,” three consecutive “emergency periods,” and a “calamity period. During the first emergency period, data shows that the number of vehicles entering Funchal’s city centre reduced by 73% when compared to the traffic flow before the pandemic.

Despite this downward trend, the first change in normal road traffic patterns was actually a spike in traffic, which occurred after the confirmation of the first case of COVID-19 in Portugal. On this day, traffic increased by 23%, as people rushed to the supermarkets and commercial stores after hearing the official news.

After the second declaration of a national state of emergency, the traffic flow increased again by 27%, which was related to the reactivation of some local activities. The changes in traffic flows measured before and after the onset of the pandemic in Madeira are slowly easing, and traffic patterns are moving closer to pre-pandemic levels.

Significant changes were also observed when comparing peak traffic times in any given day before the pandemic. The current trends correspond to a lower intensity of the so-called peak times – when there is the greatest road congestion – which occur mainly during the morning, lunchtime and late afternoon rush hours. During these three peak periods, there was a traffic reduction of more than 70%.

Funchal’s strong tourism industry influenced the local impact of COVID-19. In an isolated place like Madeira, people from outside the island are more likely to be potential carriers of infection compared to locals. This created a silent stigma among the local population. Up to now, zero cases of infection have been brought in by foreign tourists. 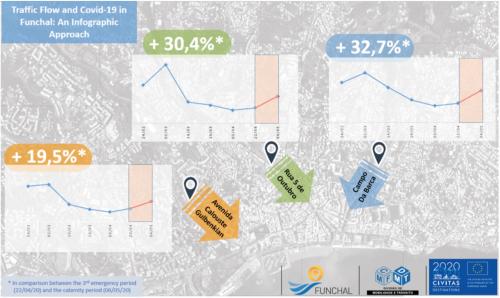 What is next? Local mobility regulators are now faced with the great challenge of promoting and incentivising sustainable mobility options instead of private car usage. Public authorities are now focused more on health and economic issues, temporarily putting aside facing mobility challenges.

What is certain, however, is that the data being collected by the smart traffic system installed in 2018 as part of the CIVITAS DESTINATIONS project will continue to guide and support work moving forward. 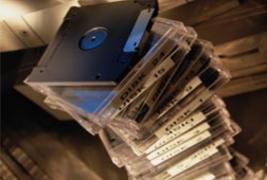