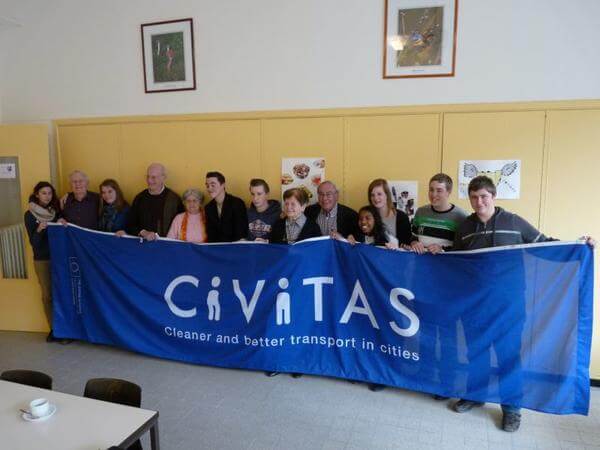 What do youngsters think of older people on the bus or tram? And do senior people understand the behaviour of the youth? Ghent confronted the two groups in an animated debate.

The Civitas school project has started again. For the 3rd year in a row, secondary schools work on mobility measures in the vicinity of schools. They are challenged to compete with a promotion campaign for which they choose their own topic. The hotel school of Gent selected the topic of behaviour of older people on the bus or tram. What is the problem? The 19 pupils who are 14 and 15 years of age mostly come to school by bus. They listed a long list of nuissances with there bus journey: the bus is late, the driver is not understanding enough, there is too much traffic,... but also they were not so keen on having older people on the bus or tram at eight o'clock in the morning. Because "they do have all the time in the world, so why do they need to travel so early and take all the seats on the bus?" Unknown is unloved Youngster look to their own grandparents and they think they are nice and cool. But when it comes to other seniors, they do not like them at all. It was clearly time for a real confrontation and an open discussion with some articulate seniors. The youngsters gave the seniors a list of questions upfront, so each party could prepare well. The debate Some questions immediately led to an animated discussion, e.g. why do seniors travel by bus so early in the morning. The answer was very simple and logical: because "we do volunteer work, or we are going to babysit our grandchildren or we follow a course." A senior's question was: "and why don't  teenagers shove up in the bus, or do they need such loud music?" "Because we want to stick with our friends and enjoy the music together." A lot of topics were discussed and at the end of the session, both parties clearly liked each other more and showed some respect and understanding. They even came up with a mutual slogan: More repect and less nagging!