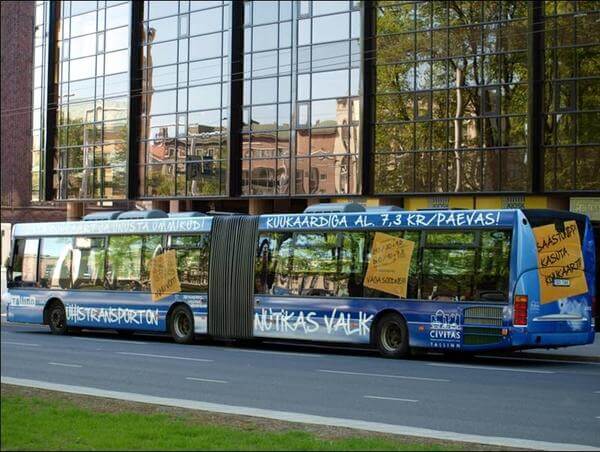 Tallinn will be the first capital city in Europe to introduce free public transport for its residents from January to December 2013.

A week-long referendum on the topic ended on Sunday with 75.5 percent of participants voting in favour of the idea. A total of 68,059 people or 20 percent of the city's voting-age population, took part in the referendum. As many as 40 polling stations were set up in shopping malls, youth centres and community centres throughout the city. The Tallinn City Council has been heavily promoting its plan to provide free rides on city-operated bus, trolley and tram lines to registered city residents as of 2013 and said it organised the referendum in order to put the matter to the voters. The Mayor of Tallinn and chairman of the Centre Party Edgar Savisaar said after the referendum that "the people have spoken and the mandate was sufficient to start putting the plan into action". In order to launch its free public transport scheme, the city will have to find an additional €20 million, equivalent to approximately 40 percent of its current public transport budget. 2013 will certainly be an eventful year for public transport and the citizens of Tallinn. Europe will be watching!