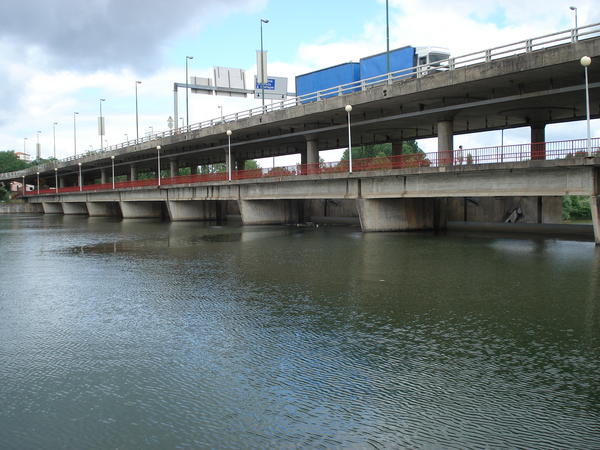 Coimbra has been working on the integration of mini-hydro renewable energy for trolleybus traction lines and electric battery operated minibuses. Read the articles attached.

Coimbra’s CIVITAS MODERN research project for the integration of mini-hydro renewable energy in the trolleybus traction lines and in the electric battery operated minibuses has been achieving international scientific recognition. In addition to presenting the project at numerous international scientific conferences, the study’s findings have been recently published in several top-ranked global scientific journals. The latest paper titled “Small-hydropower integration in a multi-purpose dam-bridge for sustainable urban mobility” was recently published in the internationally acclaimed journal Renewable and Sustainable Energy Reviews. Authored by Aníbal T. de Almeida, Carlos Inverno, J. Lopes de Almeida, J. Alfeu Sá Marques, and Bruno Santos (researchers at the University of Coimbra), the article assesses the technical and economic feasibility of hydropower production at the already existing multi-purpose mobile dam-bridge. The study demonstrates the technical feasibility of the hydropower addition to the Coimbra dam-bridge, while maintaining its use as a multi-purpose plant. It concludes that the electricity produced is more than enough to supply the fleet of electric minibuses and trolleys, allowing for the future expansion of the fleet, and in addition the surplus can be sold to the national energy distributor. Previously, Aníbal T. de Almeida, Carlos Inverno (researchers at the University of Coimbra), and Luís Santos (CIVITAS Coimbra Site Coordinator) published the paper titled “Integration of Renewable Energies for Trolleybus and Mini-Bus Lines in Coimbra” in the 3rd volume of the World Electric Vehicle Journal. The study evaluates the potential of renewable energy production to supply the electric powered public transportation fleet in Coimbra, emphasising the objectives of reducing the necessity of fossil fuels and associated emissions. The scholarly piece also assesses the function of the load profiles on the optimization of the renewable energy generation. With the wrapping up of the study project in the final year of the CIVITAS MODERN project, the final conclusions are also being prepared for submission and publication in other internationally acknowledged scientific journals. 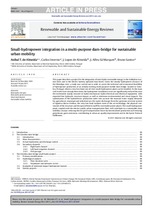