Local public transport represents a prerogative nearly exclusively offered to SC LTC (Local Transport Company), who as a result of the acquisition of the new buses were able to respond at a higher degree to the needs for mobility for the local community. Initially, the projected image of a PT bus fleet included 15 new buses and 9 old vehicles. They were designed to operate 8 routes, established after a thorough analysis and consultation with PT passengers, 4 were planned to become Eco-routes.

The other part of transport demand, not served by the bus fleet belonging to LTC SA, was subcontracted to a private company, consisting of an association of smaller firms authorised to operate PT with minibuses. The collaboration and the contract signed between the City Hall and the representatives of this private partnership foresaw severe clauses regarding the quality of transport provided and the compliance with the code of traffic rules, in order to secure the road traffic and the safety of passengers. The impact of this action was underestimated and the prestige of this fleet grew exponentially. This result made the CIVITAS SMILE project team determined to consider a further extension. Support from the political level was given to this initiative and in May 2006, a new tendering process was organized. As a result, the City Hall procured an additional 15 buses, the same brand and quality as the first 15 buses. After the 1st of January 2007 when these buses became operational, public transport consisted of 30 new buses and only 4 old buses (with a view of modernize) and the services were extended. All 8 routes were declared Eco-routes and were operated solely with the clean vehicles. Information signs were designed to advertise the improvements. Private minibuses were re-directed towards secondary routes, where the buses aren’t efficient or don’t fit in.As a result of these changes, the public transport system was entirely updated, renewed in structure and deliverance, making them more popular to the citizens. In order to measure the impact, financial calculations were made that depicted the complete situation of the new PT system. 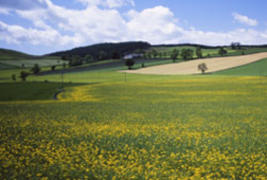 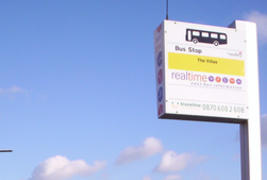