Port of Antwerp sets up ferry service for Antwerp cyclists 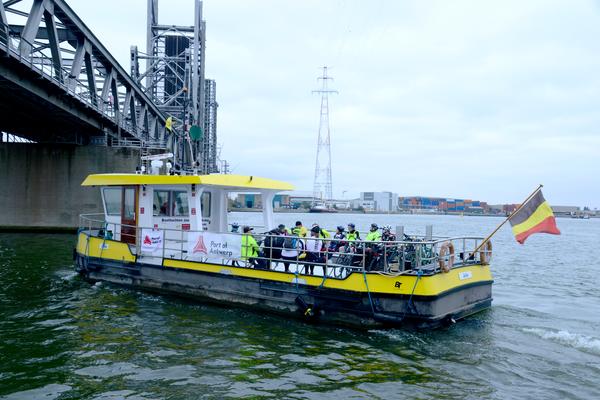 How can people be encouraged to use their bikes more often? Providing the right infrastructure is certainly one of the most effective methods, and the Port of Antwerp is going out of its way to do so.

The Lillo Bridge is a key crossing point in Antwerp's  Channel Dock (Kanaaldok) area. It constitutes one of the very few routes cyclists can use to pass over the Channel Dock. Yet because ships have crossing priority, the bridge is often inaccessible for cyclists and therefore an unreliable connection. To avoid the bridge, cyclists must take a detour of 10-15km.

During October and November 2016, the bridge was closed for maintenance. The Antwerp Port Authority therefore  decided to organise a ferry service to give cyclists a means of crossing the Channel Dock. Communication of the service, its management, and required pier infrastructure adaptations were all carried out as part of the CIVITAS PORTIS project.

The first trial period saw 1,975 passengers travel with the ferry, a daily average of 40 people. Close to one in four passengers instead travelled to work by car before the project, whilst three in four said they use their bike more frequently thanks to the ferry service.

As the first trial only took place in autumn, its full potential could not be ascertained. It was therefore decided to organise a second trial from mid-June 2017 to the end of October 2017. Communication related to the service, the running of it, and project management were again conducted as part of the PORTIS project.

This second period also coincides with construction works on two main roads that are accessible via the Lillo Bridge or an alternative route to the bridge, Scheldelaan and the R2. Again, the ferry is serving as a vital measure to transport cyclists across the Channel Dock.

Taken together, the two trial periods together will provide  substantial insight into the viability of and demand for the ferry service.

Preliminary figures from the second trial period are already available and reveal much higher service usage. Just over 8,000 passengers used it between 19 June - 14 August, a daily average of 144 people.

Following the second trial period, the programme will be evaluated and next steps defined.

To find out more information about CIVITAS PORTIS, visit its project page here. 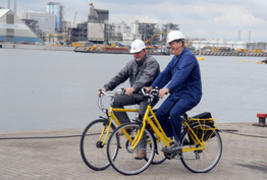 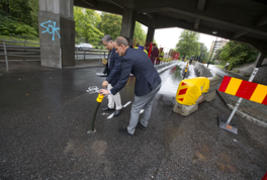 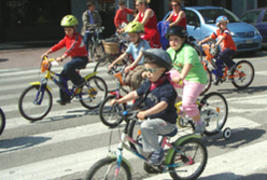 Promoting bicycle use and ensuring the safety of cyclists