Plan for sustainable urban transport in action in Gorna Oryahovitsa 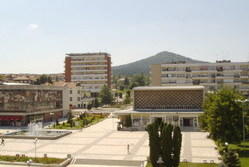 At the beginning of 2011 a new transport plan and strategy for the development of sustainable urban transport was adopted in Gorna Oryahovitsa. The proposed measures include many innovative ideas, which bring significant benefits for citizens and companies alike.

The new plan will increase environment protection and take the first step towards implementing other measures to address transport challenges. The main focus areas are the use of cleaner vehicles and reorganisation of insufficiently developed traffic areas.The Plan for sustainable urban transport will be included in the overall Strategy for development of Gorna Oryahovitsa, which is being updated and submitted for the Council's vote. As such, the measures and problems that were identified in the first phase of the CIVITAS RENAISSANCE initiative will influence the development of the city's actions towards implementing the project’s objectives.An important step was to include specific requirements in the contract procedure for choosing a new urban public transport operator. Those requirements impose the use of buses that meet Euro 4 and 5 standards, compared to current buses, which are not compatible with Euro standards. This is a big leap towards promoting cleaner urban transport, and it will really make a difference in a city with an underdeveloped infrastructure, and high levels of pollution in the city center and in the industrial zones. What the Council is trying to achieve is to increase public awareness about the cleaner vehicles for their public transport vehicles. Specific measures will be implemented to encourage people to use buses instead of cars. Thus, people will leave their cars at their parking spots or garages, rather than driving them into town. This is a real expected benefit as the city center is overcrowded with vehicles and there is a high level of congestion especially during weekdays. The next step will be the reorganization of all parking areas and use of toll parking, which should contribute to the transport modernisation in Gorna Oryahovitsa.