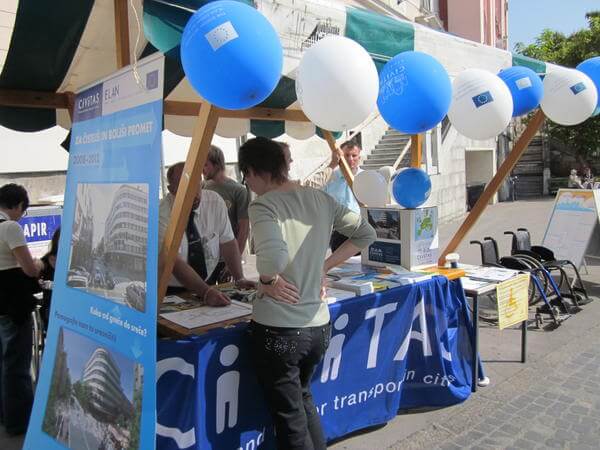 Ljubljana carried out a “Participatory intermodal infrastructure planning survey” in which satisfacaction, opinion and proposals on plans for new infrastructure developments were collected.

Based on interviews with 617 citizens at 17 survey locations, new information about citizen’s usage and expectations of intermodal transport and interchanges in Ljubljana have been received until July 2011 and are now being analysed. The main results show that citizens feel informed about intermodal infrastructure planning processes and are rather satisfied with the information they receive. The people participating in the survey reported to usually use intermodal junction points and are also rather satisfied with its functioning. Public transport users are satisfied with the level of security at interchanges (except on P+R Dolgi most), the offer of services  such as vending machines and shops, and also with the information they receive at interchanges. They are less satisfied with car and bicycle parking facilities near intermodal interchanges, possibilities to change to different modes of public transport and also with frequencies of the city buses and regional trains. The respondents would like to see more electronic timetable displays and a further spread of locations where public bicycles of the BicikeLJ system are available for rent. To improve intermodality, citizens  stated that there should be more interchanges of different public transport systems on which the same electronic ticketing systems (e.g. Urbana travelling card) could be used. The impact of the survey results on implementation will be assessed when this measure is also concluded in other CIVITAS ELAN cities. Proposals from citizens will be included in further intermodal infrastructure planning processes in Ljubljana. The survey could hence have a significant impact.