New postcard campaign in the City of Burgos 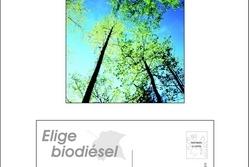 Having concluded the previous postcard campaign with the competition for ideas on sustainable mobility, CiViTAS CARAVEL Burgos has started the new postcard campaign, this time with positive messages and advices on sustainable transport. It offers a fresh new format and a new way of transmitting its messages to the public and is meeting with as much success as the previous campaigns.