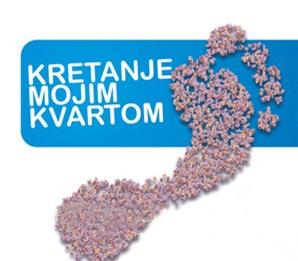 Odraz, an NGO for sustainable community development organised a series of meetings and discussions with citizens in Zagreb to encourage citizens to consider and propose improvements to traffic conditions in their immediate surroundings.

The "Mobility in my Neighbourhood" series ended on 24 October, 2011, with a joint citizen meeting of the Folnegovićevo naselje and Oton Župančić communities. Since communication between citizens and the city administration has been problematic in the past, the meetings were set up to proactively encourage citizens to have their say on issues that touch their everyday life. In almost every discussion citizens pointed to specific challenges to neighbourhood mobility that primarily relate to intensified automobile traffic. The case was made that heavy traffic in residential areas often threatenes piece and safety because the planned traffic solutions are not fully implemented. The citizens participating in the meetings were pleased to have an opportunity for a joint meeting, getting to know the city representatives, exchange opinions and jointly comment on issues in their communities. They city praised the good, reasonable and well-founded proposals on potential improvements in their neighborhoods. The city now plans to proceed with the following steps: Opinions and proposals collected from citizens will be passed on to the relevant city offices and services. Odraz will organise a roundtable with the representatives of local government, the city office for Physical Planning and Construction, utility services and transport agencies, urban sociologists, communicators, the media and other stakeholders. The CFM - the center for media philosophy - will show a film on the meetings and support further work at the roundtable.