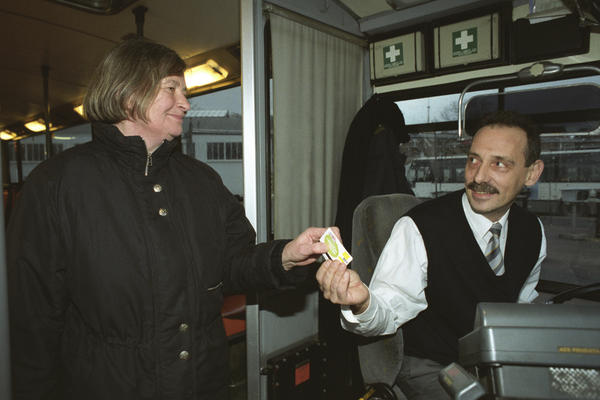 In the framework of the 16th Ceremony of the Ville et Transports French Review, held on October 4th in Paris, the Urban Community of La Rochelle has been awarded the 2007 Prize of Accessibility for its public transport network.

This prize emphasizes the strong involvement of the Urban Community of La Rochelle in targeting a fully accessible public transport network - a policy which was initiated in 2000 within its Urban Development Scheme.La Rochelle has been the first French local authority to entirely implement an accessibility scheme for public transport, officially adopted in September 2006 by the stakeholders. This initiative was carried out in close partnership with associations for people with reduced mobility (‘Association Française contre les Myopathies’, ‘Association des Paralysés de France’, ‘Association Valentin Haüy’, ‘Association Voir Ensemble’, ‘Fraternité Catholique des Sourds’, A.D.A.P.E.I, U.N.A.F.A.M, ‘Association Accompagnement 17).Within CIVITAS-SUCCESS, many innovations have been/will be made to improve accessibility of the PT network. Among them is the refurbishment of the platforms at the bus waiting shelters and bus stops (specific access at bus stops, platforms raised to street level, tactile strips on the platform edge, vocal information for the visually impaired etc). The long term objective is to have 100% of the local bus fleet and 70% of bus stops accessible by 2015. 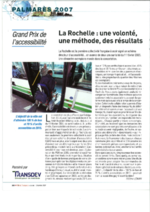 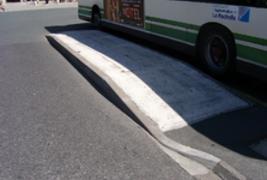 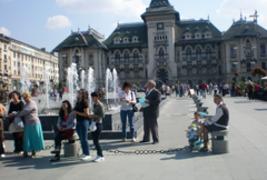