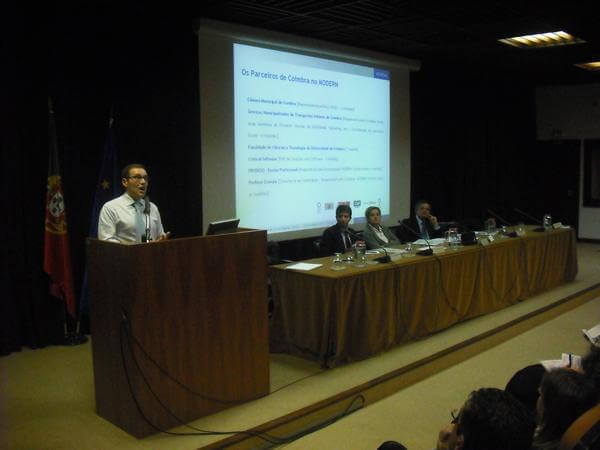 Coimbra discloses its preliminary findings on the feasibility of implementing small hydro technology for the production of renewable energy at an existing mini-dam.

In a conference organised by the Portuguese Central Region Administration on the Air Quality of the Region, some of the preliminary conclusions on the feasibility of the production of energy at the Coimbra river mini-dam were publicly disclosed. The event, held on 29 November, aimed at presenting several studies on air quality in the region and the policy options available to decision makers to lower regional pollution. In a panel dedicated to transportation and mobility, Coimbra's local dissemination manager Luis da Vinha presented the CIVITAS MODERN project in the city. He highlighted the project’s main benefits for the regional environment. While presenting all the measures and initiatives developed by all partners, the centrepiece of the presentation was the disclosure of the preliminary findings on the feasibility of implementing small hydro technology for the production of renewable energy at the already existing mini river-dam. Developed by the School of Science and Technology at the University of Coimbra, the feasibility study centred around two types of technologies – i.e. StrafloMatrix (horizontal axis straflo type) and VLH-MJ2 (inclined axial turbine) – with various configurations. In the end, seven configurations of these technologies were tested, resulting in seven different layouts. After the initial analysis, two layouts stand out as the best solutions. The first has a cost of €1.7 million and an annual production of 2.6 Gwh. The second layout has an estimated cost of €2.9 million and a capacity to produce 3.9 Gwh of electricity a year. Both solutions contribute to significant annual reductions in CO2: 973 and 1,425 tonnes respectively. The research demonstrates that the energy produced through any one of the solutions more than covers the needs of the local transport service's trolleybuses and mini electric buses – i.e. 750,000 kWh. The project will hence achieve the main objective of the measure and contribute to generating revenue for the city by selling the surplus energy to the national energy companies. Technical drawing 1 and 2. 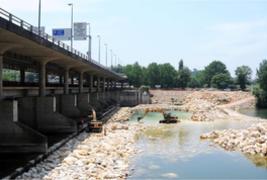