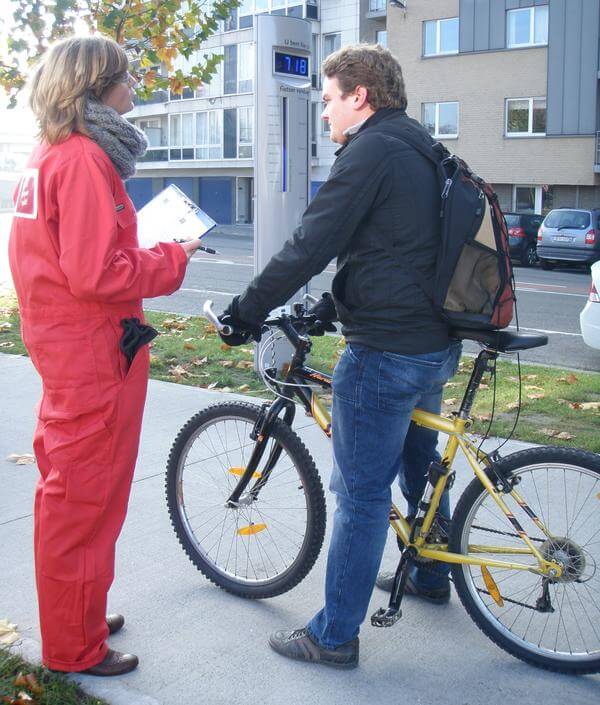 During the last couple of days the Ghent cycle team could be spotted time and again next to the cycle barometers where they rewarded passing cyclists with a nice and warm pair of gloves. Cyclists were asked a few questions before they received their reward. The campaign was a huge success!

Ghent has two cycle barometers on the main cycling routes. This gives the city the opportunity to gather exact figures on the number of cyclists on these two routes. Since August this year, 434,000 cyclists passed the barometer on the Coupure and 155,000 the one on the Visserij. In order to keep cyclists on their bike in winter, as well, the Ghent ELAN team thought that a new pair of gloves would encourage them. People were very happy and appreciated the campaign as temperatures just started to drop significantly in Ghent.