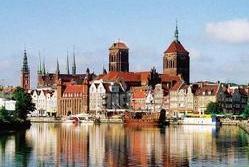 Since the city joined the CIVITAS Initiative, Gdansk has focused on the internet and the possibilities it gives for dissemination. The city has embraced the digital media and taken advantage of what it has to offer.

Gdansk has its own MIMOSA web page www.civitas-mimosa.eu/gdansk which will be treated the web HQ as they try to attract people by using the internet as a way of communicating with them. This has been done in two ways: writing blogs and conducting surveys. The blogs not only contain project news, but also information on topics related to MIMOSA. The information is mostly related to environmental topics, cycling, trams etc. in an effort not to limit the content. The city is also visible on Facebook, and are currently looking into using tools such as Tweeter or Blip, both of which are networks for micro blog writers and readers. In December 2009 Gdansk conducted research on the awareness of CIVITAS/MIMOSA as a baseline before the measures are implemented. The survey was conducted in two ways - online and “in reality” (doing face to face interviews with people on trams, which was quite cold due to the time of year). The survey contained three questions: awareness of the initiative/project, awareness of the logo and awareness of measure 4.1 new tramline. All together, they received responses from 271 respondents. 56 out of 84 tram respondents had never heard anything about CIVITAS/MIMOSA, never seen a logo nor heard of any measures. According to research, only about 20% of people knew about its existence, so there’s still plenty to do. Gdansk hopes to increase this awareness to 40%.