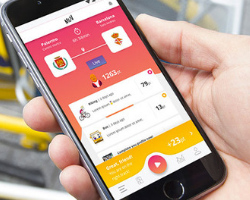 Two years on from the beginning of the project and after users of the MUV mobile app have covered more than 30,000km on foot, by bike and with public transport, the time has come to take things up a notch.

Among the newcomers, Rome and Teresina have particularly distinguished themselves through their willingness to get involved and attempts to change the mobility habits of people in their communities.

The tournament starts on 3 June and ends on 21 July. At the end of the seven weeks of matches, one team will be awareded with the title of most sustainable city.

Good luck to all the teams!

Visit the MUV2020 website here for more information on the project.