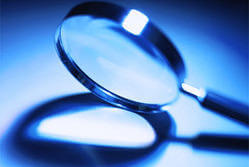 Malmö:o 8% of people surveyed said that they made more bus journeys, due to the availability of timetables and real-time updates though mobile internet serviceso Cameras have been installed on 170 buses. In a follow up survey 17% of people stated that they now travelled more often as a result of the cameraso The new simplified bus routes in the city have been promoted under the theme of ‘greener, easier and more often’o 91% of respondents to a survey were aware of planned changes to the bus routes in the month that the changes were implemented.Norwich:o 16 on-street ticket machines have been installed to reduce bus dwell times. Average boarding times per passenger have fallen from 8 to 6.4 seconds.o A new bus-rail interchange has been built outside Norwich Railway Stationo The frequency of buses has doubled from 6 to 12 buses per hour (Monday to Saturday daytime) between the railway station and the city centreo 98% of respondents to a survey were satisfied with the quality of the new facilities;Suceava: o 30 new buses using renewable fuels have been purchased, to replace the older fleet of minibuseso Bus passenger numbers increased by over 250,000 between June 2006 and January 2007, while minibus passenger numbers fell by almost 100,000 over the same periodo 67% of citizens responding to a survey agreed strongly with the introduction of a dedicated bus lane. Tallinn:o The installation of a public transport priority system has meant that trolley-bus speeds have returned to 2005 levels, whilst car speeds have fallen by 11km/h since 2005.o Information signs and announcements of the next stop inside vehicles have been well received according to passenger surveys.