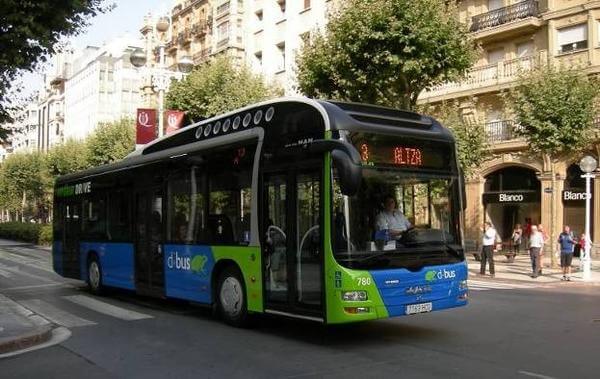 The experience gained from using biodiesel together with the acquisition of 31 new EEV and one hybrid bus have greatly enhanced the environmental performance of the public transport fleet in Donostia-San Sebastian.

The environmental performance of public transport is an important issue, not only for the public transport operator but also for its users. That is what a public perception survey has revealed in Donostia-San Sebastian where environmental issues are perceived as very important by most of CTSS-DBUS (Donostia-San Sebastian’s public transport company) users with an average score of 8.7 out of 10. Within the CIVITAS ARCHIMEDES project, CTSS-DBUS goals included reducing dependency on fossil fuels, as well as to bring down emission levels and increase energy efficiency. In 2009, when the ARCHIMEDES project started, CTSS-DBUS installed a biodiesel mixing station at its own premises. This allowed the company to experiment with different biodiosel blends to operate its fleet (currently 120 vehicles). After four years, the experience gained has helped reach an optimum biodiesel mix compatible with the technical needs of its fleet (currently 95 buses are running on a 30 percent blend, 15 buses on a 50 percent blend and six buses on 100 percent biodiesel). This allowed for a significant reduction in terms of greenhouse gas and pollutant emissions. Furthermore, the environmental performance of the company has been greatly enhanced by the acquisition of 31 new EEV vehicles and one Mann Lion's City serial hybrid bus. This combined approach has yielded an overall reduction of over 1,700 tonnes of CO2 in 2011, while local pollutants were reduced by more than 80 tonnes in the same year.