As part of Ireland’s COVID-19 response, initial measures included only allowing essential travel and restricting movement to a 2km radius of people’s homes. During these weeks, car traffic in Dublin reduced by 70%, and the quieter streets coupled with a well-timed period of sunny weather created ideal conditions for people to get out on their bikes.

Through social media, we asked how people found cycling in the quieter streets and received responses from parents who were now teaching their children to cycle on main streets, adults who had been too afraid to cycle previously and were now trying (and really enjoying) it, and people who realised how much more convenient cycling can be compared to driving.

Such reactions are what the City has aimed for with its crisis response. It has identified the busiest active mobility routes into the city and locations in the city core for priority action. To complement this, it set out a suite of measures for implementation along these routes and locations which prioritise the needs of pedestrians and cyclists, whose numbers are expected to rise dramatically.

Dublin’s interim mobility intervention programme in response to COVID-19 is outlined in the report Enabling the City to Return to Work. This highlights that public transport will go down to 20% of its normal capacity. To counter this, the city is seeking to triple cycling numbers.

The many cycling-focused measures include increasing cycle lane protection using orcas and wands and the amount of contraflow cycle lanes.

On-street car parking is also being removed and road space reallocated to cyclists, for instance on the major Liffey Cycle Route. Although car parking is disappearing, bikes are receiving a boost, with at least 1,000 cycle parking stands being added this year. 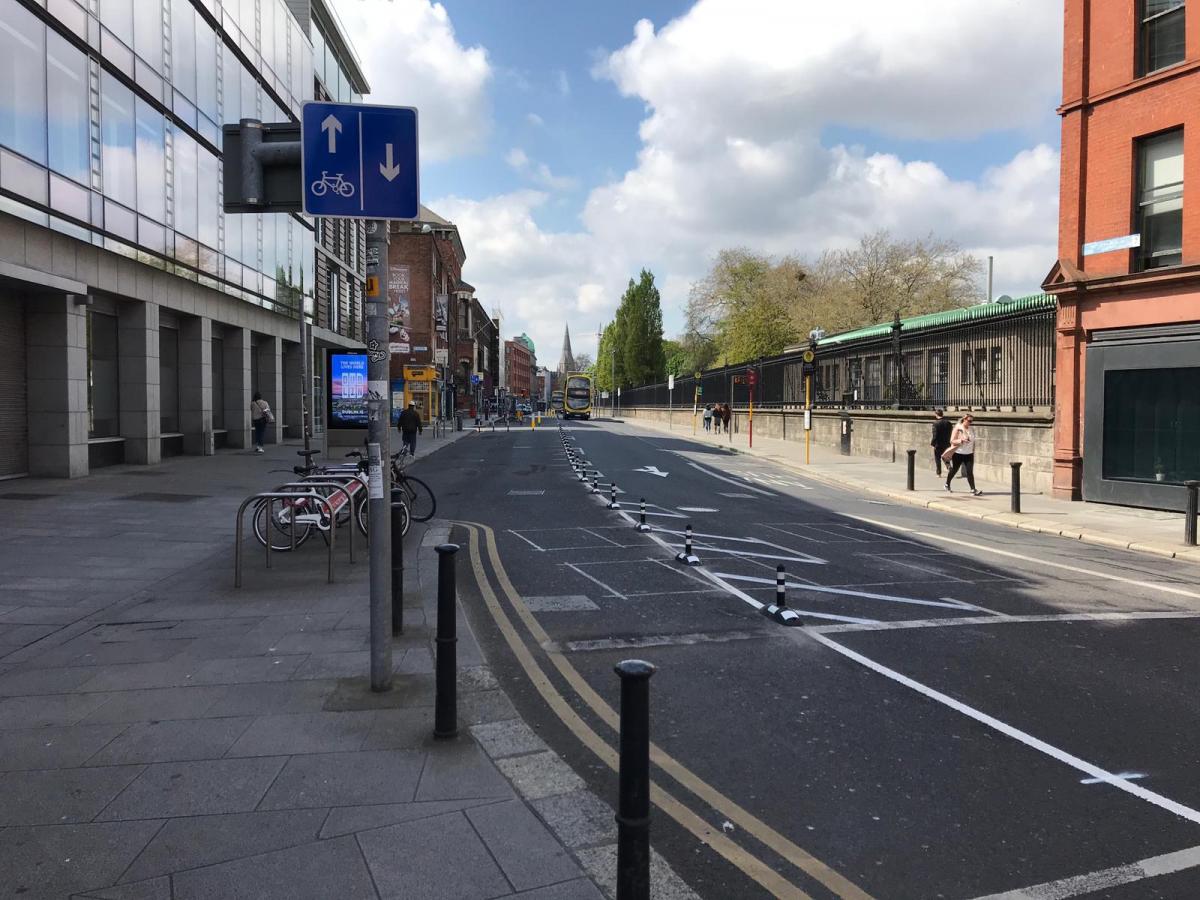 Changes at traffic lights will also benefit cycling. Traffic lights giving an advance start to cyclists are being introduced, with traffic-light filters shortened to increase frequency for pedestrians. This will reduce the capacity of cars in the city.

The City is also identifying further park and ride locations as part of long-term efforts to cut down on private traffic into the city centre. For the cars still on the road, more 30km/h zones are being considered.

Public engagement is being encouraged on the COVID-19 mobility measures: the City has set up a specific contact email address and a form allowing citizens to request new measures. All measures will be monitored continually, adjusted where required, and adapted to cater for the changing needs of the city.

Find out more on Dublin’s work in CIVITAS Handshake here.