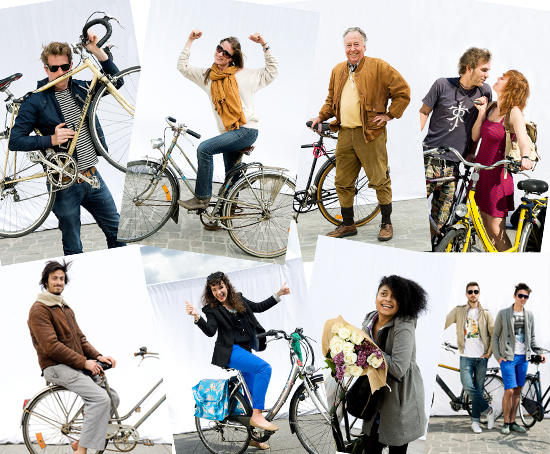 One of the most successful awareness campaigns Ghent has ever done is an open air photo exhibition of Ghent citizens. Twenty life-size pictures of trendy and stylish cyclists are displayed in the pedestrian area in downtown Ghent.

Thousand of people are admiring the posters when passing by and hopefully will be inspired … to jump on their bike as well. The exhibition is the result of an agreement between the Belgian Cycle Chic organisation and the city of Ghent that was reached early this year. Within the Civitas project, activities were set up to put the cycling culture in the picture. In spring 2011, more than 500 people were a willing model for our fashion photographer. Cyclists passing by were invited into the mobile pop-up photo studio. Ten pictures were chosen by a professional jury and another ten were pciked by votes on the www.gentcyclechic.be website. The exhibition is running till 15 October. It is also likely to be repeated next year. This time for pedestrians.