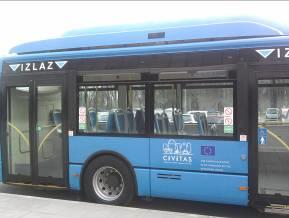 At the beginning of the ELAN project in Zagreb, the majority of buses were near the end of their lifetime. The city therefore included the procurement of new vehicles as one of its CIVITAS measures.

Even though bus transport is vital for the functioning of Zagreb, the bus fleet in operation prior to the ELAN project could not deliver the required quality of service. The bus network of Zagreb's public transport operator ZET has a crucial role in connecting the city with its surrounding areas, neighbourhoods and other transport networks such as trams. Since the bus network is easier to expand than the tram network, new neighbourhoods are primarily connected by bus. During the implementation of this measure, ZET went through a comprehensive modernisation of its fleet. In total 160 new buses were purchased: 100 are powered by a mix of biodiesel and regular diesel, and 60 buses powered on compressed natural gas (CNG). New buses were put in operation between 2008 and 2010. They now make up around 38 percent of the bus fleet. Furthermore, the new buses meet modern standards regarding passengers’ comfort, safety and accessibility. Unfortunately, one important objective was not reached: the construction of a CNG filling station. Even though careful planning was undertaken, some barriers remained unresolved during the ELAN lifetime (mainly financial) and the process of constructing the filling station is prolonged to 2013. In order to be able to operate, CNG buses have to be fueled at public filling stations, and that takes more time. Apart from the introduction of new buses, a special driver training programme was implemented, as well. The objective of the programme was to increase the safety of passengers but also to teach the drivers how to save fuel. Key results: Increased share of alternative fuels – The share of biodiesel and natural gas in the total fuel use increased to 6.15 percent. Reduction of noise – Average noise levels of buses decreased from 74.88 dB in 2007 to 72.8 dB in 2011. Impact on emissions – CO2 emissions increased by 9.26 percent; PM2.5 emissions decreased by 90.9 percent. 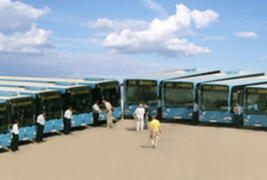