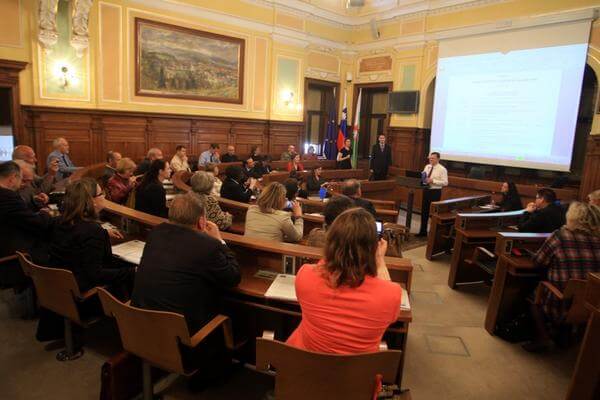 CIVINET Slovenia – Croatia network's first General Assembly will be held in Ljubljana, the capital of the Republic of Slovenia, on February 6, 2014.

Representatives of 10 Slovenian and 8 Croatian cities, together with 12 other Network's partners from both countries, will meet in Ljubljana's City Hall to establish the Political Committee, the Management Committee and secretariats for Slovenia and Croatia. Network's Terms of Reference, the 2014 Action Plan and the Political Committee's 2014 Political Statement will be adopted as well. The EC will be represented by Ms Isabelle Maës, Policy Officer from DG Mobility and Transport (MOVE).

Special focus will be on the EU Central Europe's project Urban Heat Island, with active involvement of the City of Ljubljana, tackling the issues of urban heat phenomenon and policies and measures to deal with it.

CIVINET network between Slovenia and Croatia has been established in April 2013 to share knowledge and experience on sustainable mobility in these countries.

The City of Ljubljana has joined forces with eight Slovenian and eight Croatian towns and cities, along with six national and three Croatian organisations or companies at the CIVINET Slovenia-Croatia Network Initial Meeting that took place at Ljubljana City Hall on 25 April 2013. The participants signed a Memorandum on the Founding of the CIVINET Slovenia–Croatia network.

By signing this document, the local authorities and other CIVINET Slovenia-Croatia partners express their commitment to strengthening the exchange of knowledge, information and experience gained within the CIVITAS initiative to other members of the network. They also commit to supporting the dissemination of information on the activities, achievements and results of the CIVITAS initiative and the CIVITAS Slovenia-Croatia network to other towns and cities in both countries and in the wider region.