Burgos will host the CIVITAS Forum 2006 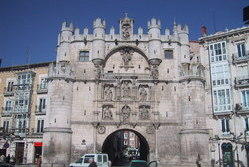 The city of Burgos became elected to host the CIVITAS Forum 2006. Burgos approved its actual Urban Planning in 1999 and Local Agenda 21 and its Strategic Planning 2002. Mobility Planning was approved in 2004, and Burgos belongs to CIVITAS II Initiative since February 2005. Burgos has developed many measures related to mobility as first implementation of access restriction in pedestrian areas (City Centre), Bicycle lanes all over the City, as well as other important measures like incorporation of CNG buses or Burgos' bus lane.

Burgos is a pleasant, vital, medium-sized city, situated in the North-central part of Spain in the region of Castilla-Léon. The urban core area is 108,26 km² and a population of 15,84 hb/ha. The agglomeration area has an extension of 175 km² with 248.000 inhabitans. Burgos is well known world-wide because of its cultural, monumental, and artistic heritage. Burgos enjoys a privileged geographical position located half way between Madrid and the French border, with cities such as Bilbao, Santander, Logrono and Valladolid nearby. Due to this, it is well linked with the rest of Spain which has a high strategic value for industry in Burgos which is varied and dynamic and characterised by companies of importance on a European and World scale.Burgos is a medium city which allows living together in a space of sustainability, urban growing and industrial development. 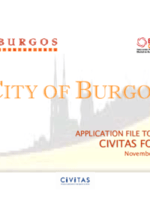