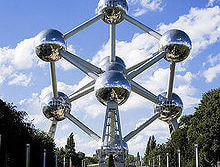 The capital of Belgium and de facto capital of the European Union has become one of the newest members of the CIVITAS Forum Network.

“Traffic in Brussels becomes more and more problematic, and not just during rush hour, and the air pollution increases year after year,” according to Bruno De Lille, Secretary of State of the Brussels-Capital Region responsible for Mobility. “In order to change this trend, Brussels wants to decrease traffic pressure by 20 percent by 2018,” De Lille said. “To do so, it invests in sustainable, efficient transport modes such as walking, cycling and public transport. The Belgian capital must once again become a liveable city in which sustainable mobility is key.”Other European cities are confronted with the same mobility challenges, which is why De Lille decided to sign the CIVITAS Forum Declaration. As a result, experiences with various mobility issues will be shared with other European metropolises. “It also offers the opportunity to both find inspiration and to inspire. A win-win for all CIVITAS cities,” De Lille said.Brussels, with a metropolitan area population of approximately 1.8 million, has an extensive public transport system, including four metro lines, 133 km of tram tracks and 360 km of bus routes. In 2009, it launched a revamped public bicycle system, called Villo, with more than 2,500 bicycles and 180 docking stations.The CIVITAS Forum Network now includes 182 members, with the most recent arrivals being Cuprija (Serbia), Beja (Portugal), Reggio Emilia (Italy) and Sakarya (Turkey). Their initiatives will be continuously detailed on their respective CIVITAS city web pages, which can be accessed here.