Attitudes and perceptions towards bicycle sharing and cycling safety in Malta 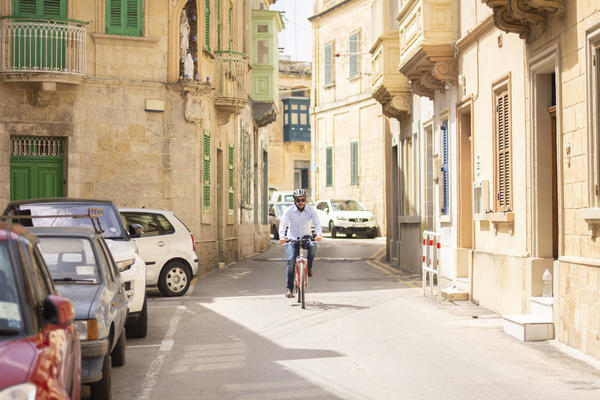 As a small island state, Malta has one of the highest population densities and per capita car ownership rates in the European Union. Car dependence is leading to a number of serious transport problems, such as congestion, longer journey times, and parking challenges, which in turn contribute to air pollution, climate change and public health issues.

In their Transport Master Plan for 2025, Transport Malta, the national transport authority and a partner in the CIVITAS DESTINATIONS project, identified the need for a modal shift to alternative modes and better integration between different modes of transport.

Bicycle sharing is a relatively recent introduction to Malta. There are currently two bicycle sharing operators on the island. The first provider was nextbike Malta, which entered the market in 2016 and now has over 50 stations with 400 bicycles. The more recent Tallinja Bike focuses on e-bikes and has three stations (two more are planned) and 40 electric bicycles in the capital city Valletta. These are operated by Malta Public Transport.

To understand the awareness and acceptance of bicycle sharing systems, as well as perceptions of cycling safety, a telephone survey was conducted with 362 respondents selected to be representative of the general Maltese population.

The results show that the majority of respondents are not aware of bicycle sharing, have never used such bicycles, and cannot explain what the term means. The main reasons given for considering bicycle sharing are a ‘reduction in traffic and pollution’ and ‘for exercise’.

‘Preferring to use private modes of transport’, ‘not knowing how to cycle’, or ‘constraints brought about by family commitments’ were the main reasons provided for not considering using shared bicycles.

Factors that would encourage respondents to consider using bicycle sharing were ‘increased safety for cyclists’ and ‘safer infrastructure’. In line with insights from bicycle sharing systems across the globe, the lack of road safety and subsequent perception of cycling as very unsafe emerged as the main barriers for wider uptake of bicycle sharing.

To improve cycling safety and promote cycling, there is a need for safer and, where necessary, segregated infrastructure. In addition, education for all road users on how to safely share road space and a legal framework that protects cyclists (including better enforcement of existing rules) would be of great benefit.

Transport Malta is developing an information and awareness campaign to promote the use of shared mobility services, including (e-)bicycle sharing and car sharing, and to educate the general public about cycling safety and how to safely share the road.

Discover the mobility measures being implemented in Valletta Region in CIVITAS DESTINATION here.

Find out more about the project on its dedicated page.