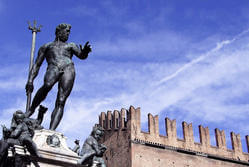 On 1 January 2010, ATC, Bologna and Ferrara’s Local Public Transport company, started the first phase of the STIMER project, which sets the goal of simplifying LPT fares and to integrate the ticketing system of regional and local bus and railways services in Emilia-Romagna.

The new system will allow passengers to travel by train and bus across the whole region by buying only one ticket for the entire trip. Both ATC tickets and the method for calculating the bus fare have now changed in the Provinces of Modena, Parma and Ravenna and will progressively encompass the whole Emilia-Romagna region.Up to the end of March 2010 two kinds of bus tickets will be sold: the traditional ones and new ones - cardboard tickets with a magnetic stripe. A big change is scheduled in 2011, when fares will be modified in order to harmonise them on a regional level and to integrate the bus and train service fare systems.On the long distance suburban line buses, the substitution of the old stamping machines will start from 1 April onwards.Thanks also to the new validating machines, which have been installed on ATC buses (2000 new machines by the end of April), the magnetic stripes and microchip on passes will allow us to collect journey information for the creation of a database for better planning and programming of LPT services. By means of further technological devices in the future it will also be possible to monitor citizens’ journeys and routes, carry out statistical analysis on the (origin-destination) flows and LPT utilisation.For the information campaign, ATC has printed 300,000 folders explaining the main information on the zone fare system. Information includes ‘How To Use New Tickets and Validating Machines’ and examples on how to calculate the fare relating to different journey scenarios across different zones. These folders have been distributed to ATC info centres, municipal information offices and ticket purchase points. Flyers have also been posted onboard buses and at bus stops. 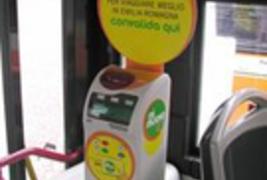