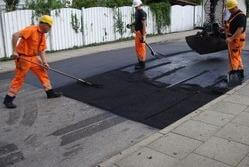 The construction company Colas A/S has started to implement five traffic reduction zones in and around Vejgaard in the eastern part of Aalborg. In certain areas, the speed limit has been lowered to 30 or 40 km/h, with speed signage supplemented by bumps or chicanes.

The construction work is now in progress, but it does not mean that the residents can expect to be heavily impacted by the presence of excavators, trucks and drums. Creating a bump on a road is done in two stages, over a couple of days.43 bumps will be constructed in five different zones, starting from the 4th of August and lasting approximately one month. From Monday to Friday, the construction company will work between 7 and 16, taking access to the affected roads into account. In all areas, an attempt to minimise the disruption caused by construction work will be made, but citizens in the area are asked to be patient. Basically, it is not necessary to close roads for longer periods, as the vast majority of bumps are made one lane at a time. This means that the road is not closed, but only narrowed while construction work is ongoing. A study among the citizens in the area shows that 27 % of the citizens generally feel insecure with the traffic in the area, and that 71% of the respondents think that traffic reducing initiatives will benefit the area. Among respondents with children, 57% think that it is unsafe to let their children move in the areas. The traffic speed reduction zones will hopefully change these figures for the better, creating a more secure environment. 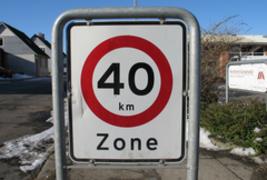