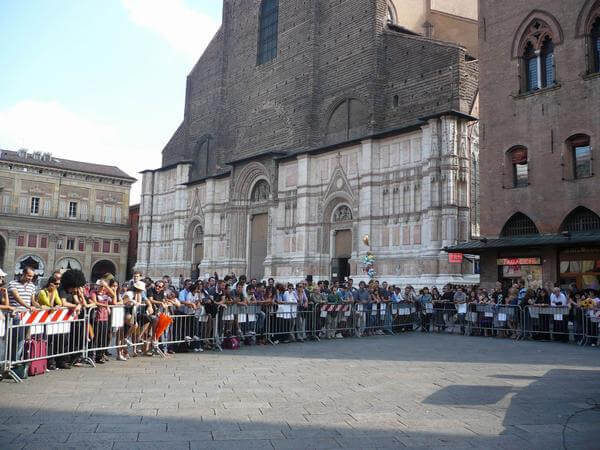 There was an extraordinary scene on the streets of Szczecinek on 23 September, as cyclists took to the streets in huge numbers as part of European Mobility Week.

As European Mobility Week came to a close on “In town without my car day”, five hundred cyclists gathered in front of the Town Hall to demonstrate their commitment to environmental protection. Many of the group were pupils, their teachers and parents while some were simply citizens demonstrating how they are embracing the city’s attitude towards sustainable transport. After a short welcoming speech by Mr. Jerzy Hardie-Douglas, Mayor of Szczecinek, the participants took a ride through the city. The Mayor and his staff also joined the group. There were several events throughout the day with the results of the art contest for children on sustainable transport announced, and the prizes distributed. The best work is currently being exhibited in the Town Hall. As a fitting end to the day, the participants and organisers came together for a public picnic. The event was the culmination of a week of different activities which were part of the campaign targeting the youth of the city and, promoting the use of public transport and cycling in Szczecinek.