Safety and security for seniors and public transport passengers 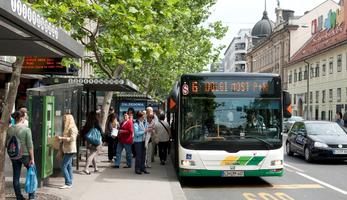 Ljubljana is striving to improve safety and security on public transport, especially for senior citizens. The city has been implementing initiatives to improve safety and security of different groups of bus passengers in the past, but the main innovation was their direct involvement through senior's or other organisations within the projects’ activities.

Activities aimed at improving safety & security of different groups of bus users have been undertaken even before CIVITAS-ELAN, but the project offered new approaches, such as direct involvement of bus users in the process of improvement of the public transport services. To increase safety on the bus, the public transport company LPP installed the video surveillance system on 109 buses which serves to discourage offenders of public law and order on buses and to enforce measures against them, if needed.

Trainings for drivers have been organised to sensitise them to the needs of elderly people, adults with young children and people with disabilities. Additionally, the city has run interactive workshops during which elderly people were invited to help identify measures that will improve their safety and security. Moreover, LPP has continued its BUBONTON awareness raising campaign, which currently consists of a leaflet that presents in an entertaining fashion what one should and should not do when riding the bus. A special thematic brochure “Safe on the bus” has been produced and distributed to improve the passengers’ safety on bus.

Ljubljana carried out five training workshops for drivers and elderly people each and installed video surveillance systems on 109 buses. The BUSBONTON action will be continued as there is a constant need for awareness rising of all bus users and “Safe on bus” brochure is constantly in distribution. The demand for “default” video surveillance systems in buses will remain in the future public tenders for new buses. Beside these, all the drivers were and will be trained in this perspective on yearly bases.

The survey that was conducted by the LPP shows an increase by 12%. Also 86% of the respondents were aware of the surveillance system. The target of 10% was exceeded, but the number of respondents is too low to draw statistically significant conclusions.

All complaints and praises from different sources are at the end summarised. The results show, that the complaints of PT users – complaints increased by almost 50%, but on the other hand also praises increased by 70%. The target was not achieved, but this can indicate a higher level of awareness regarding the security and safety issues on PT buses

Drivers who attended the trainings were asked if the training helped them to change their attitude. The willingness to assist impaired people increased from 50% to 95% (target of 15% was exceeded).

Results show, that costs of vandalism on buses were reduced by 11% (the target of 15% reduction was almost achieved). Presence of video cameras on buses evidently reduces vandalism costs and acts of violence, which justifies the investment costs, so CBA results were positive. 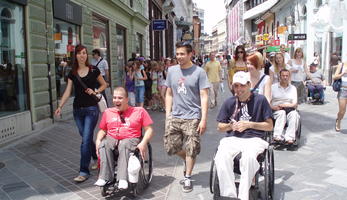 Ljubljana was ranked among the eight best and won special European Commission mention for increased accessibility in the fields of transport and related infrastructure....