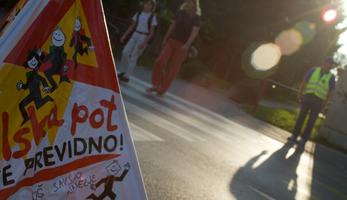 The city introduced website, the so-called portal of safe routes, with particular focus on the elementary schools. On a yearly basis each school examines and, if necessary, updates its safe routes plans. Teachers are trained by City Council for Prevention and Education in Road Traffic.
The main objectives:

Ljubljana organised several workshops (approximately twice a year and several on an individual basis) for school’s mentors of traffic education who further educate and train parents and elementary school pupils on road safety. Schools collaborate with institutions dealing with road safety such as the City Council for Prevention and Education in Road traffic, the City Police, societies and associations (Drivers and Mechanics Association ad the core group of volunteers). Ljubljana’s aim was to train schools, pupils, and their parents on safe route planning, with one trained instructor and 2 traffic wardens per school. Through the collection of data on routes to school, travel modes and the number of pupils, a digital and interactive plans of safe routes to school have been set up and are constantly upgraded. Maps illustrate the main routes that pupils take and highlight potential hazards in these areas. Plans of dangerous points and safe areas have been prepare. Several promotional activities have been undertaken to promote the online edition of this safe routes plan on the websites of the Municipality of Ljubljana and elementary schools. However, more effort is needed in order to get more volunteers to participate in offering assistance on the field – on routes to schools.

The "zero objective" is still a "constant" target, which hasn't ended with the end of the project. Zero dead and injured children on the way to and from school per year as the long term goal, so is the upgrade of the portal of safe routes (http://solstvo.gis.ljubljana.si/web/profile.aspx?id=MOL_Solstvo@Ljubljana), which proved to be a useful tool in achieving the ultimate goal. Trainings of teachers and volunteers on safe routes to school (1 trained mentor per school and 2 volunteers in vicinity of each elementary schools) are also an on-going project, as Ljubljana strives to keep our youngest safe on their way to school.

More specific, this means: twice a year updated and up-graded digital and interactive plan of safe routes to schools, suggested by schools, then reviewed and approved by City Council for prevention and education in road traffic, combined with constant school traffic service to be continued in school year 2013/2014 on two schools, involving 20 constant volunteers, with increased number of volunteers participating within annual “Safe route” campaigns in September 2013, and 25 speed radars permanently positioned close to schools to decrease traffic speed, are a solid guarantee that this important measure will not stop. 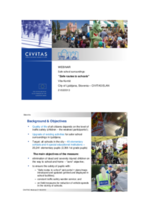 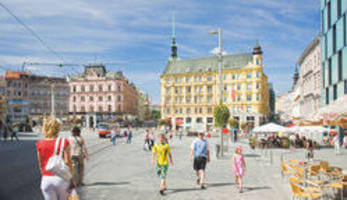 CIVITAS ELAN cities are planning to carry out School Exchange Program, entitled “ELAN Youth On The Move”. Its purpose is to share knowledge and experience on...