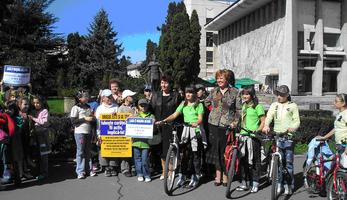 The low-emission zone introduced in Suceava in 2002 was positively received by the city’s residents, leading to plans to extend the restricted-access area and the restricted periods.

The county of Suceava is crossed by two major European roads, both of which pass through the city centre in the absence of a by-pass route for transit traffic. At the time of measure implementation, this transit traffic, combined with the local urban traffic, had led to high levels of congestion and pollution in the city.  The low-emission zone introduced in 2002 as a result of the European Union CATCH project (Clean, Accessible Transport for Community Health) had transformed one of the city’s streets (5 percent of the historical city centre) into a partial vehicle access restricted area during weekends. Based on the success of this scheme, it was planned to extend this demonstration area, and to introduce the concept into other locations in the city. Related goals were to:

The “eco routes” for the city’s new alternative fuel buses were the starting point for designing the extension of low-emission zones and creating new facilities for pedestrians. The measure was developed in two phases: initially the street remained closed to cars at weekends; while in the second phase the zone became an entirely pedestrian area. In order to avoid congestion on other routes, a traffic study was undertaken, on the basis of which a by-pass road was constructed around the area and, at the same time, junctions were modernised through the installation of “green wave” traffic lights. The zone was largely used for street events, including Suceava Days, Europe Day, the city’s pottery festival, the Santa Claus Village, Children’s Day, and European Mobility Week as an effective way of promoting the area for pedestrians’ use.

In residential areas, low-emission zones were created by the introduction of one-way roads, special restrictions (with the exception of residents’ cars), speed bumps, renewed pavements and eco-routes. Objections were raised by a group of shop owners whose commercial premises were within these areas since their vehicle access was blocked. 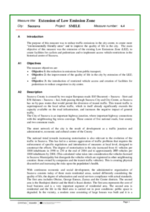 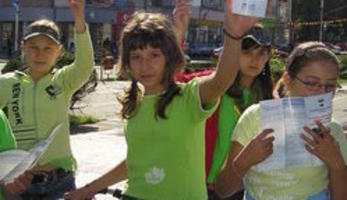 The event was proposed by EPA Suceava and took place at their premises. Mobility week brought together, face to face, officials from relevant institutions and from...