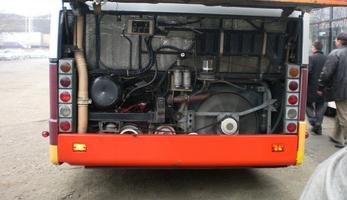 Increasing the use of alternative fuels and of clean and energy efficient vehicles and enhancing their integration into the urban transport.More specifically the objectives were:: o to experiment a fuel mixture with up to 20% biodieselo to test this mix on a batch of 10 buses belonging to RAT o to decrease the emissions level up to 2% for buses operating with this mix of biodiesel

Following the experience of the other cities from CIVITAS family, Craiova city started a set of actions aiming the partial replacement of the fossil fuel with biodiesel in the public transport system.
Initially the Public Transport Company from Craiova planned to introduce biodiesel fuel in two stages: first on a limited number of buses (10 buses) and extension of the measure to 88 buses. The subsequent economic context caused by the global economic crisis and the poor national legislation regarding the regulations of the use of biodiesel as usual fuel led to changes in terms of sample size demonstration buses from 88 to 10.
In the implementation stage of the measure 10 buses were endowed with additional filters to be able to run with biodiesel. During the technical work on buses the drivers and the maintenance technicians have been trained to learn working with the new fuel, under a program supported by the company that has prepared the buses to run with biodiesel and by the leader of the measure.
Two of the 10 buses were introduced in a testing program for a period of 4 weeks. The two buses were fueled by different blends of fuel with 5, 10, 15 and 20% biodiesel. For each mixture the density, power content and viscosity were measured. Next, emissions corresponding to each mixture for different engine speeds were measured. The data collected were analyzed and allowed to select the B20 (20% biodiesel) as fuel for the demonstration stage with 10 buses.
The 10 buses operating in the city with 20% biodiesel demonstrated a reduction of  2, 68% of the emissions which is a good and encouraging result for the city environment and also a reduction of operational costs which could be a good and promising reason in extension of the measure to a larger number of buses in the future.

As a preliminary step of the work, the technical and market aspects of using biodiesel in general and particularly its application on buses were analyzed in detail and correlated with the local conditions (October 2008 – October 2009).
During this analysis IPA and RAT found out that there was a reduced possibility of obtaining alternative fuel in the quantity required to test 88 buses due to the fact that the producers in Romania have little interest to produce biofuel. In fact, most of regional biodiesel producers closed their activity due to the lack of raw material, increasing of fees and general economic crisis. For this reason, RAT negotiated a specific biodiesel supply contract with a national producer in order to obtain the minimum quantity only for testing the biodiesel on a limited number of buses.
Consequently, following the analysis results, the number of buses used for tests was reduced to 10 instead of 88. Successively, the engine of the 10 buses had to be modify to run the biofuel thanks to the installation of special filters to avoid the fuel entering in the lubrication system. Biodiesel filters were installed on 10 buses belonging to RAT fleet as follows: 7 ROMAN 112 UDM, 1 Mercedes, 1 MAN SL, 1 Bredabus.

At this purpose training to the involved personnel was necessary. This training was carried out between April and September 2010, through:
• definition of the training program, trainers and participants
• development of the training by the company which implemented the up-grade of the buses

The initial tests were carried out at Craiova Universities Laboratories on 2 buses fuelled with mixtures of 5 (standard fuel at fueling station), 10, 15 and 20% biodiesel in conventional diesel, in order to test the emissions. Then the on-road test was carried out, as foreseen, using the buses in operational service. A testing plan was developed including the detailed working methodology. The tests were carried out on 2 buses fuelled gradually with mixtures of 5%, 10%, 15% and 20% biodiesel mix.
Basically the tests consisted in preparing controlled mixtures of biodiesel, fuelling the 2 assigned buses and examine them within dedicated laboratories of the Craiova University according to an agreed protocol.
The methodology for testing followed a certain number of steps, namely:
1. Preparing mixtures of diesel – biodiesel by the fleet operator (RAT) in controlled condition of the concentration; 4 blends prepared by RAT were analyzed again in laboratory: 5% (standard diesel fuel) and 10%, 15% and 20% concentration. The measured parameters were: calorific power, viscosity, and density.
2. Analysis of the emissions in engine gas exhaust pipe (NOx, SO2, CO, CO2, and O2) produced / caused by using the above mentioned biodiesel blends performed on 2 ROMAN 112 UDMbuses
3. Each bus was tested 2 consecutive days for each of the 4 biodiesel blends.

This measure was demonstrated in 2012 for a short period of time (2 weeks) due to the difficulties in acquiring the biodiesel needed for evaluation of 10 buses for a long period of time as it was foreseen in the project. During this experimental period the buses were carefully monitored and all the data referring to each bus under observation and to their activity were recorded and analyzed. The main outcomes are represented by the evaluation indicators considered as being relevant to define the economic, energy and environmental impact of the measure at the transport company level, and city level as well.
Average operating costs – decreased with 1.32% in case of use of B20 (20% biodiesel). As we expected the total costs of the new technology based on biodiesel B20 is lower than the current technology based on the use of diesel fuel. This indicator is favorable to the general idea of introducing biodiesel in the current activity of public transport company.
Vehicle fuel efficiency – It is well-known the fact that biodiesel has a lower energy content compared to the traditional fuel and this deficiency is compensated by a larger consumption of fuel. Contrary to expectations and theoretical considerations, the results showed better energy efficiency when using B20 than with regular diesel fuel.  This "anomaly" could be explained by the fact that the monitoring period was short and not all the situations that normally occur during an annual activity were getting produced.
CO emissions – by using B20 a reduction of 12.76% was achieved that indicates a better fuel combustion.
CO2 emissions–it is remarkable the fact that by using a mix fuel with 20% biodiesel, the CO2 emissions become reduced with 8.91%.
NOx emissions– by using the biodiesel, the NOx emissions register a substantial increase of 15.71%. There is a general consensus regarding the fact that biodiesel increases NOx emissions more or less depending on engine type, age, concentration, combustion conditions (temperature, time of injection), but the modern technologies offer solutions for the reduction of these emissions; the most used are the ones that use different additives to reduce NOx emissions in case of biodiesel blends.
The cumulated emissions are being reduced with 8.93% through the implementation of this measure thing that is in line with one of the objectives of this measure and with the long term objective of the project, that of reducing  the GHG and the pollutant emissions in the city.
Based on the own experimental results, on the experience of other cities and on the huge work performed in this field by researchers along the years, the PT Company RAT expressed its aim to continue the experimentation on a large basis in order to fully evaluate the possibility to use this fuel for the oldest part of the fleet. For the new buses that RAT is going to acquire, the use of biodiesel fuel will be considered in the technical specifications. 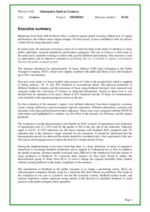 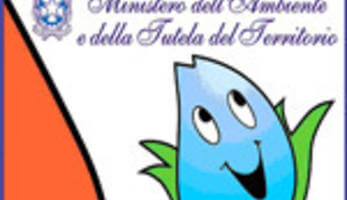 Methane for the environment