The nine hundred year-old city of Zagreb is the capital and largest city of Croatia with more than 800,000 inhabitants on an area of 641.22 km2. Its flourishing economy and rising standard of living have been accompanied by a steep rise in the number of private cars beyond the city. Public transport consists of buses, trams, funicular and suburban trains. There are more than 200 km of bicycle trails, although a real network is still missing. The city centre boasts a lot of pedistrian areas, parks and green areas.

The name of the City of Zagreb was mentioned for the first time in 11th century when the diocese was funded, while from the mid 16th century the city is the cultural, economic and administrative centre of Croatia. The City’s University was founded in the 17th century, making it one of the oldest in Europe.The city attracts economic and business events, as well as continuously increasing number of tourists. Zagreb has a rich cultural life with many concert halls, theatres, museums and art galleries. Looking at the wider region, the city is also more and more appealing, due to the European integration process in which Croatia became 28th EU member state in 2013.

Being a modern EU city with around 800,000 inhabitants, Zagreb transport system is bound to manage between 1.5 and 2 million trips daily. This is not an easy task. The backbone of the city transport system is the PT network (trams, buses, funicular and suburban trains), but large share of trips is completed by private cars. One of the reasons why this is so is the fact that the city cycling network (which consists of more than 200 km of bicycle trails) is incoherent, even though the city geographical position provides tremendous potentials (moderate climate conditions and mostly plain ground). Owing to these facts, CIVITAS ELAN acted on three main fields in Zagreb: improve conditions in PT, establish dialogue with citizens, improve and promote walking and cycling.

Improve conditions in PT
City implemented a new e-ticketing scheme in trams and buses and launched a study on an inter-modal passenger terminal that confirmed that it has been welcomed by citizens. The city also strived to make public transport cleaner and more energy efficient. Since the beginning of the project in late 2008, Zagreb has introduced 70 energy-efficient low-floor trams, 100 low-floor buses on bio-diesel and 60 busses on gas. Moreover, public transport stops were equipped with information displays showing vehicle arrival times, PT vehicles were fitted with security systems and PT priority system was demonstrated in ELAN corridor.

Establish a dialogue with citizens

The Info-point, an old refurbished tram situated in front of Technical museum was a source of information about the project measures for Zagreb citizens, but also visitors and tourists. It was open five days a week and continuously attracted visitors. It will stay open several more months after the project has officially ended. Brochures, leaflets and other information was available to visitors. Another information exchange point was ZG forum – a space dedicated to public presentations, discussions and workshops about the project, project results, lesions learned and follow-up opportunities. To maximize the project impact some dissemination activities were implemented for specific target groups: citizens living in local communities along the project's demonstration corridor, senior citizens etc.

Improve and promote walking and cycling
The city centre boasts a lot of pedestrian areas, parks and green areas. Additionally, due to its position, it is also true that the city holds a potential for developing these green modes, especially cycling. During the project, Zagreb has invested in the promotion of cycling and strengthened information sharing and mobility dialogue with citizens. Exchange with citizens at the early stages of the project revealed that citizens share the concerns about the current transport situation and are ready to get involved in finding solutions.

Apart from the modal split figures it is noteworthy to mention that on the corridor level SO2 and PM10 emissions are reduced by 27.47% and 22.28% respectively (if the figures from 2012 are compared with those from 2009). Moreover, on 8 out of 10 locations in the corridor a decrease of noise level was achieved between 11.1 to 27.6%. 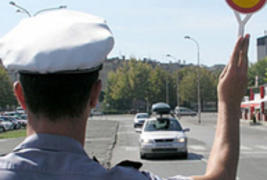 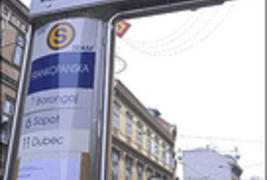 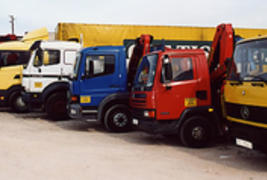 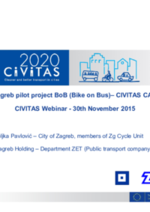 University students in Zagreb explored topics relating to the revitalisation of public spaces in a recent urban mobility and public space planning workshop.

During the past four years, the CIVITAS Initiative has facilitated a peer-to-peer exchange programme that has allowed 59 cities to visit 12 host cities across Europe.... 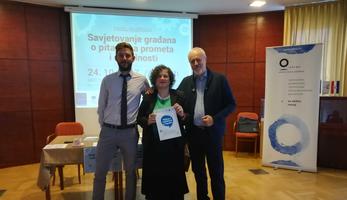 On 24 October 2017, the CIVINET Slovenia-Croatia-SEE Network and network member ODRAZ, a sustainable development NGO, organised a panel discussion on the best ways...