Utrecht is the fourth largest city in the Netherlands covering an area of 99.3 km² and with a growing population of 300,000. Due to its central location, tens of thousands of commuters travel through the city every day. Utrecht is expanding and currently undergoing major construction works that are putting a strain on the city’s accessibility and jam the centre with cars.

Utrecht is the capital of the province of the same name. The city centre has its origins in Roman times and is home to several major tourist attractions. Utrecht hosts a number of schools for higher education including the largest university in the Netherlands. Some 50,000 students are living in Utrecht.

The city is a node where major roads and railways intersect. This attracts various kinds of enterprises, meaning that on weekdays some 90,000 commuters travel to Utrecht. The number of passengers handled by Utrecht central station is projected to double in the next 20 years, reaching up to 100 million travellers a year. Together with the ministries of transport and spatial planning, and several private companies, Utrecht is working on a complete make-over of the central station including a new station terminal.

While good accessibility is crucial to the economy, as well as to the people who live and work there, the city of Utrecht also wants to ensure a pleasant living environment. The continuous growth in traffic and the development of the city call for an integral approach for the improvement of air quality. To address this, Utrecht developed an Air Quality Action Plan in 2006 that is an integral part of all transport related planning. Utrecht has two other relevant guiding documents, the 2005 Urban Traffic and Transport Plan and the Execution Plan for the Accessibility Programme of Utrecht West (2006). The latter was developed to address the strain put on current accessibility not only by large-scale construction activities in the Leidsche Rijn neighbourhood and the area around the central station but also by construction works on and around the city’s road network. The constructions started in 2007 and are to be completed in 2012.

In CIVITAS MIMOSA, Utrecht focuses on the part of the city most impacted by the developments. This area lying between the large-scale constructions is an important traffic artery connecting the city centre with major national motorways. While ensuring accessibility, the city of Utrecht also wants to use this period of ‘(re)development’ to embrace new and more sustainable approaches to transport.  The aim is to curb the growing car use in the city through improved quality and effectiveness of public transport, good cycling provisions and attractive transfer facilities in the outskirts of the city.

While Utrecht already had the largest fleet of LPG busses in the Netherlands, the city raised the bar even further with MIMOSA: Since 2010, all busses have to comply with the strictest European emission standards, Euro5. Utrecht is integrating passenger transport by boat into the bus network and Park & Ride facilities taking advantage of the fact that the centre is well accessible via waterways. The city projects a two-fold increase in the number of boat trips, and a 20 percent rise in the use of Park & Ride facilities. Thanks to 1,500 new public bikes, Utrecht anticipates a marked increase in cycling. In response to worsening road safety conditions around schools, the city wants to see an 80 percent increase in the number of schools awarded the Road Safety label. MIMOSA offers Utrecht the possibility to experiment with and evaluate the effectiveness of an approach where it is no longer necessary to go to the city centre by car for big purchases but where goods can be collected at pick-up points. Utrecht aims for a 100 percent increase in urban delivery trips made through local distribution centres. 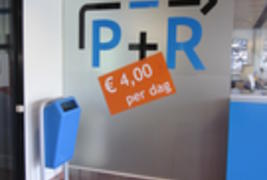 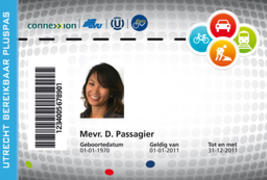 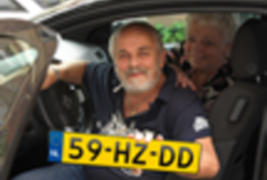 IInnovation of the system of parking permits and rates 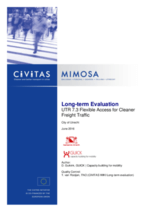 Segmentation in campaigning: the Utrecht case

The CIVITAS Thematic Group on Mobility Management kindly invites you to their webinar on segmentation... 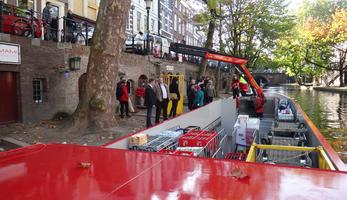 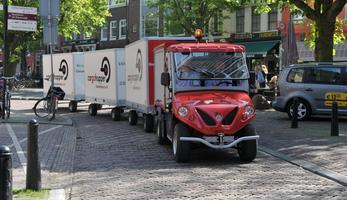 Good News for Utrecht’s Cargohopper! The solar-powered electric mini delivery truck has been nominated along with 100 other cutting-edge sustainable best practice,...