Crete is the largest Greek island with 623,000 inhabitants, approximately 160 km south of the Greek mainland, and it is well known for its ancient historical sites. Intensive tourism, and the protection of heritage needs special reconsideration of transport management...

Crete’s strategic approach to transport management is currently defined by the transport strategies of the region’s major cities, and by the Intelligent Energy Program.

Achievements to date include innovative measures and technologies such as the GPS taxi system; the GPS system in buses; new bicycle routes; access restriction to city center; a passenger information system (pilot project); and clean vehicles (electric cars and scooters) in tourist areas. Special emphasis on clean vehicles and alternative fuels has been demonstrated through the introduction of biodiesel in public transport (buses) in the eastern part of Crete. Future plans include the collection and use of used oil from restaurants based on a national law that would make it mandatory. The use of natural gas and hydrogen fuel cells (produced by wind energy) in public transport is a mid-term plan.

The region of Crete is working on the implementation of sustainable urban transport measures in cooperation with local NGOs and companies on development and awareness raising in the field of cycling; and with an association of hotel owners and local municipalities to increase the use of biofuels in public transport.

Applications now being accepted for the CIVITAS Summer Course in Rethymno! 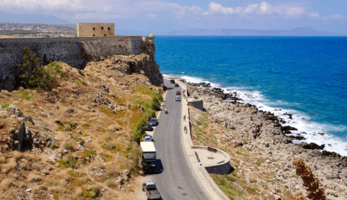 The CIVINET Greece-Cyprus, as well as CIVITAS DESTINATIONS city, Rethymno, are bringing circular tourism strategies to islands in Greece and Cyprus, with a focus... 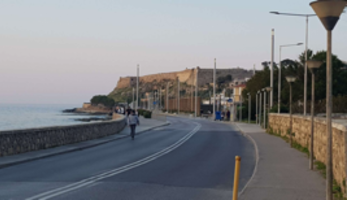 Daily commuting in the city: the impact of COVID-19 on Western Crete

Public transport and shared mobility are facing challenges driven by COVID-19. A survey in Rethymno and Chania (Crete) captures the impact on citizens.