Copenhagen, the capital of Denmark, has 1.9 million inhabitants in its metro area (2011 figure). Since completion of the transnational Øresund Bridge in 2000, the city is at the center of an increasingly integrated Øresund Region. The town, being a hub of culture, business, media and science, is often referred as example for city renewal.

Copenhagen’s traffic demonstrated a modal split of 33 percent for cycling, 27 percent for public transport, and 40 percent for private motor vehicles of all trips in 2010, even though trips for walking weren’t included. The vision for the city is to reduce the number of trips by private motor vehicles to at most 1/3 of all trips, whereas the goal is to ensure that at least 1/3 of all trips are made on bikes and 1/3 using public transport. For walking the goal is to effect an increase of 20 percent by 2015 compared to 2008 levels.

Copenhagen’s strategy for traffic is encompassed in a document endorsed by the City Council in 2007 called “Eco-Metropolis: Our Vision for Copenhagen 2015.” Its environmental focus is encapsulated in all its four main goals: making Copenhagen the world’s best cycling city; making it a “climate capital;” providing accessible, first-class waterfront and parks; and ensuring a healthy, pleasant environment.

To ensure these four main goals, the city has made 13 ambitious sub-targets. In the cycling field there are three main goals to achieve by 2015: raising the share of those who use bicycle to commute to work or school to 50 percent; ensuring that 80 percent of all Copenhagen cyclists feel safe in traffic; and cutting the number of serious injuries and deaths in traffic accidents by half (compared to the average from 2003-2005).

The city’s 2004 Transport and Environmental Action Plan, still in effect, has an overriding objective of assuring a fully functional transportation system while creating substantially less environmental impact. It lists 20 initiative areas, among them building missing cycle tracks and expanding those under strain; improving traffic safety; carrying out noise-abatement measures; and supporting pilot initiatives on eco-efficient technologies.

Progress on the plan was documented most recently in “Traffic in Copenhagen 2009”, published in May 2010. The report notes achievements in all 20 initiative areas, including:

Copenhagen is furthermore working on a project called Green Mobility, which aims to make the city’s mobility more efficient and environmentally friendly, to contribute to the goal of CO2-neutrality and to improve the urban life. The vision would be attained through initiatives in five thematic areas: urban development, green transport, transport systems, incentives and innovations.

Copenhagen takes part in a number of civic partnerships related to urban transport. Among others, it has is an affiliate of the international C40 Cities Climate Leadership Groups. It has partnered with the Danish Transport Ministry, the Canadian government and industry stakeholders to trial hydrogen-fueled vehicles. Copenhagen City Hall also routinely involves citizen and stakeholder in its transport and environmental strategies, including the creation of its Eco-Metropolis vision. 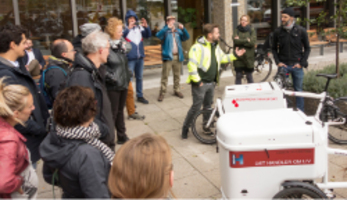 The daily functions of a hospital depend on countless moving parts –– quite literally in the case of reliable transportation. A pilot study in the Capital Region... 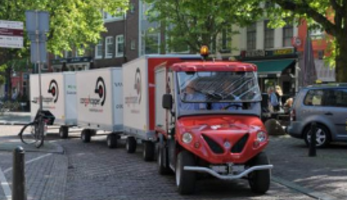 Over the past few months, the cities of Copenhagen (Denmark), Oslo (Norway), and Rotterdam (the Netherlands) have been exploring zero-emission delivery options with... 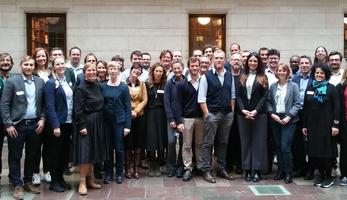 Cities are hubs of cycling innovation and expertise, pioneering measures that are making urban environments suitable and safe for bikes. Yet the knowledge arising...