The City of London is the historic core within Greater London around which the modern conurbation grew. Though it is now only a tiny part (2,90 km2) of the metropolis of London, it remains one of the major global business and financial centers. Home for ten thousand, but faces transport challenges as employes some 340,000...

The City of London has a resident population of around 9,000, but around 330,000 people work there, which puts the issue of mobility high on the City’s political agenda.

According to a 2003 monitoring report on London’s congestion charge, the modal split (expressed as a percentage) in the City was: rail 49.9; underground 32.2; bus 4.8; taxi 0.6; car drivers 6.3; car passengers 0.7; motorcycles 1.6; bicycles 1.2; and pedestrians 2.6 percent. These figures are more favorable towards sustainable modes than the Greater London average and far above the United Kingdom average. Transport for London, organization responsible for most aspects of the transport system in Greater London, has seen a further shift towards public transport and bicycle use at the expense of car use since 2003.

The City’s Strategy for Transport Development is aligned with the measures foreseen for Greater London. The widely available Mayor’s Transport Strategy was developed together with the London Plan and Economic Development Strategy, whose measures affect the City of London.

A congestion charge system was introduced in 2003 and effectively curbs car traffic and thus enhances bus, and biker traffic. Thames River is intended to be more greatly exploited for public transport, as well as a River Bus service operating every 20 minutes during peak hours.

Another achievements to date are the approximately 28 cycle hire docking stations which have been installed in the City of London, while a number of cycle routes criss-cross the quarter. The City of London also supports pedestrians through measures advocating safety through the Street Scene initiative. This includes recent infrastructure developments such as the public riverside promenade linking to the new Millennium Bridge.

The City of London seeks to enhance the use of more sustainable modes of transport (e.g. car sharing, public transport, cycling etc.) by addressing local residents and workers. Grater London Authority, Transport for London, public transport providers, taxi firms are contacted regularly. Non governmental organizations are also involved into the planning processes; for example City Cycling Forum has been established as a regular event to present and discuss progress. While organizing the 2012 Olympic Games, special attention is being paid to sustainable mobility too. 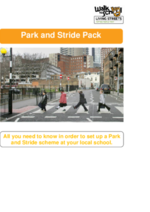 All you need to know in order to set up a Park and Stride scheme at your local school. 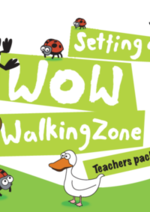 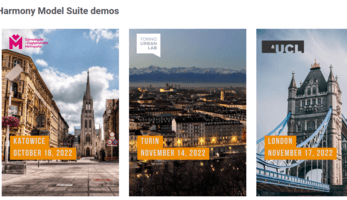 Join a series of free trainings and demos, taking place throughout October and November 2022,...