PING if you care! 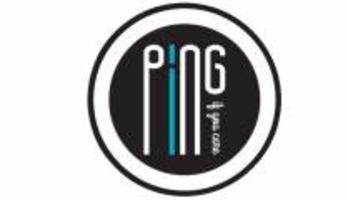 €30,000 – 250,000 depending on implementation scale, duration, number of participants, analytics tool features used and other factors. The campaign is customizable to a city’s priorities and requirements.

Bike Citizens account to participate as a user. PING bluetooth button to mark locations on the tracks. Only self-generated track data is used in this campaign. We do neither buy nor sell tracking data.

With this tool, cyclists can mark incidents such as conflicts with other road users and locations subjectively perceived as improvable, unsafe or dangerous by pushing a bluetooth button. Marked locations will be reviewed and set into correlation with overall cycling data. This results in recommendations on infrastructure and soft policy in order to improve cycling safety in the city of implementation.

The campaign uses its own bluetooth button called "PING", a joint development by Mobiel21 and Bike Citizens. The PING button can be mounted on various spots on a bicycle or on users’ clothes. When a user starts a cycling route, the app is activated and ready to start collecting pings. Every time one encounters a point where they feel unsafe, a simple touch on the button will mark that exact point on the user’s track as well as on a map.

Upon arrival at their destination (or at some later time), cyclists can leave feedback on their pings. The more pings on one location, the more users have indicated this as an unsafe spot for cyclists. The collected information and number of pings is perceived as a high participatory process with minimum effort from the users, providing valuable information for policy. Depending on the scale of implementation the data collected during the campaign period can be processed using Bike Citizen-Analytics to correlate pings with overall cycling data in the city.

The PING! campaign was piloted in the Brussels region in summer 2017, supported by the secretary of state of the regional government. 1000 PING buttons have been distributed among voluntary participants. The local government – with the assistance of project partners – analysed the reported issues and put forward an action plan to resolve them. The PING project in Brussels had a particular focus on gender specific feedback and the involvement of local bike lobbies.