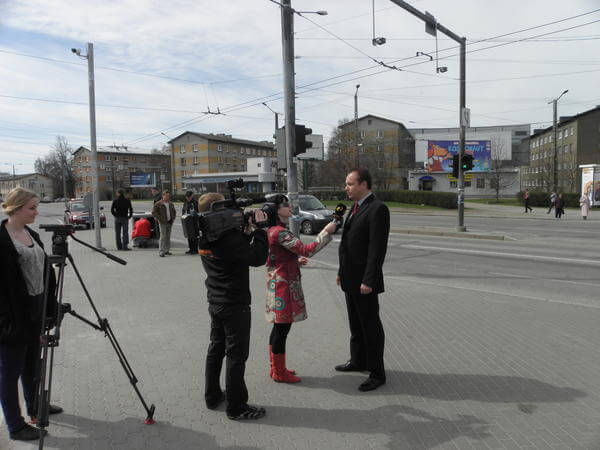 With more than 4,000 traffic violations committed daily at one of Tallinn’s main intersections, a new enforcement system has been launched to calm traffic and improve safety.

Violations at Tallinn's main intersections to date include speeding, ignoring red traffic lights and using the dedicated public transport lane. In the future, cameras will record all violators. Enforcement cameras can distibguish vehicles by size. On public transport lanes, only cars will be photographed, public transport vehicles will not be recorded. Another camera will take pictures of cars that cross red traffic lights. The picture will catch the license plate and the traffic lights in the background. Although the system was started in April 2012, fines will only begin to apply from autumn 2012 when the camera system is connected with the Estonian Police database. Initial results already show a drastic drop in the number of violations. The transport department is eager to see the MIMOSA measure results following full implementation in autumn.