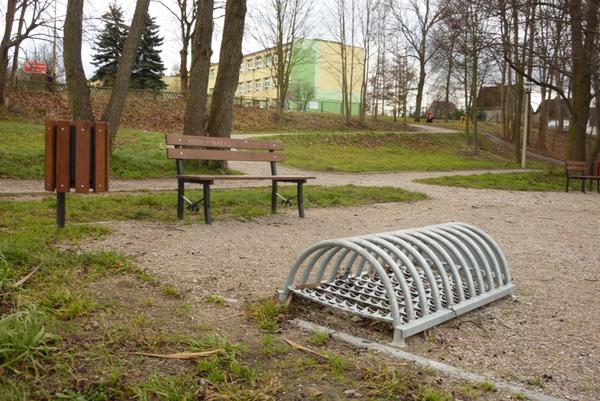 Szczecinek has closed the missing links and completed the last part of the city's new bicycle lane network that was implemented this year as part of CIVITAS RENAISSANCE.

After finishing the works on the last part of the bicycle lane planned for this year within the RENAISSANCE project in Szczecinek, the network alongside Lake Trzesiecko is now completed and stretches along about 5.8 km. The lanes are equipped with a good lighting system and new recreation areas have also been arranged. New bicycle racks have been installed together with new benches and other street furniture. During the entire duration of the RENAISSANCE project more than 7 km of bicycle lanes have been built. Together with the bicycle lanes in place before the project, the overall length of the bicycle network is now 25 km and covers the entire urban area. Cycling is high on the agenda of Szczecinek municipality because the city's administrative area has been enlarged and this new finished bicycle network is the main link between the old and new areas of the city. This also demonstrates that the city of Szczecinek is committed to the general objective of promoting a less car-dependent lifestyle. 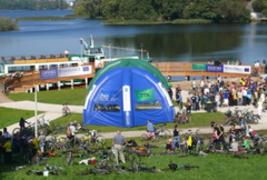