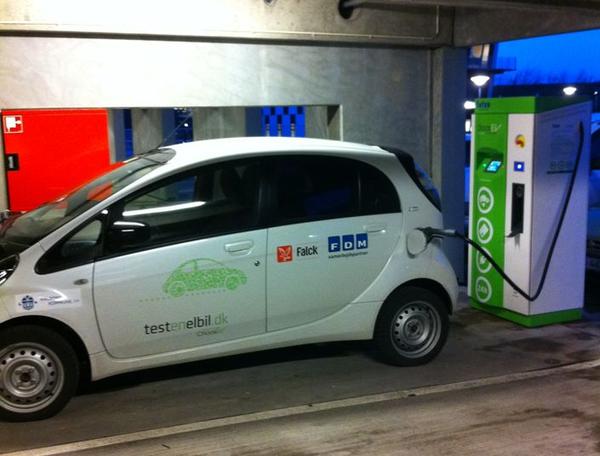 The year 2012 has begun with a large expansion of charging points for electric cars in Aalborg. The number of ordinary charging points has increased from eight to 14 and a Quick Charge point has been installed.

Since March 2011, the City of Aalborg has been part of the national EV trial project “Test an EV”. The idea behind the project is to gain experiences from “real users” giving 80 families from the city the possibility to test an electric car for three months each. Users blog about their experiences from the trial. Charging and vehicle performance are automatically collected for the more technical evaluation of the electric cars. The trial is part of the CIVITAS ARCHIMEDES project in Aalborg. As new EV brands are entering the Danish market, the demand for charging facilities is growing. Two companies and the City of Aalborg have now invested in 15 charging points in and around the city centre and at Aalborg Airport. One of  the companies has launched the first Quick Charging point in Aalborg in February 2012 in co-operation with a supermarket in the periphery of the city centre. Compared to an ordinary charging point from the same company, charging the car at a Quick Charger will be up to ten times faster. This technology enables the user to charge the car to a useful level during a short shopping trip in the supermarket.