The CIVITAS MIMOSA city of Bologna and CIVITAS VANGUARD organised an advanced telematics (ITS) training that took place on 14 and 15 December 2011. It was hosted by the municipality of Bologna and attended by almost 40 European experts and technicians.

The training specifically sought to address three stages of the ITS cycle: objectives & measures, implementation, and finally evaluation & monitoring. First up was a presentation about “the potential of ITS to help cities reach urban transport objectives”  by professor Eric Sampson from the University of Newcastle. He spoke about links between specific ITS measures and concrete urban policy objectives underlining how ITS can present solutions to problems and deliver policy objectives more quickly. His conclusions outlined how the future integrated transport environment will be dominated by infrastructure-based and vehicle-based information systems. The "Implementation Cycle" featured a presentation from Fabio Cartolano and Mauro Borioni of the municipality of Bologna on the juridical, financial, procurement, integration and maintenance aspects of ITS in Bologna. Other innovative case studies from across Europe were also presented.  Final topics covered included ITS monitoring and evaluation measures such as the potential of ITS to generate data with which the contribution of a transport system or measure can be assessed. The issue of ensuring ITS evaluation post-CIVITAS also came up in the discussion. Participants then joined a field trip to the "University area traffic restriction zone" and to Bologna’s innovative traffic control centre "Cisium" that are both part of the Bologna's activities within CIVITAS MIMOSA. The training event was supplemented with a site visit to see ITS at work in Perugia on 16 December. This trip was organised by CIVITAS RENAISSANCE. 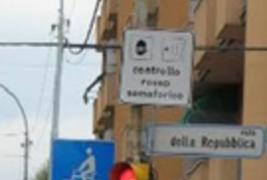 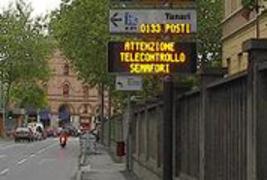