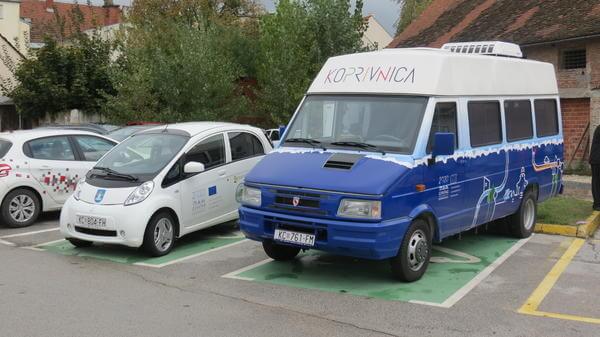 The first energy-efficient public transport in the City of Koprivnica developed in scope of CIVITAS DYN@MO project, started operation on 22 October 2015. The first pilot line, 7.8 km long, connects the university campus in the north of the city to a suburban settlement Starigrad in the south. The timetable has been adapted to suit students of University north, being the most important user group. In the initial testing period, the buses will be used in the afternoon and evening, five days a week, with an hour –long break for the purpose of charging. Additional bus stops will be established within one year in order to make the public transport more attractive to senior citizens and children.

The initial results will be used for the further development of the public transport study in scope of which the second line will be implemented, connecting the eastern and western suburbs and crossing the initial pilot line in the town centre.

This is the first project on implementation of electric bus service in Croatia. For the purpose of the project, two conventional mini-buses have been retrofitted by a regional company, specializing in innovation. The start of the service attracted local and national media as well as numerous citizens, interested in the service. 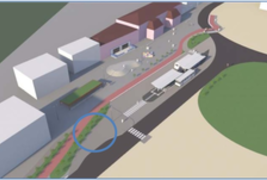