Rethinking the mobility system and associated infrastructure during the COVID-19 crisis has led us to reflect on how we will move tomorrow.

Which options do people have to move about in their daily lives? Are there enough alternatives?

The City of Turin is working on mobility measures that encourage people to move by bike, (e-)scooters and on foot, instead of by car. This is particularly important considering that most people who would normally use public transport are less likely to do so in the near future. 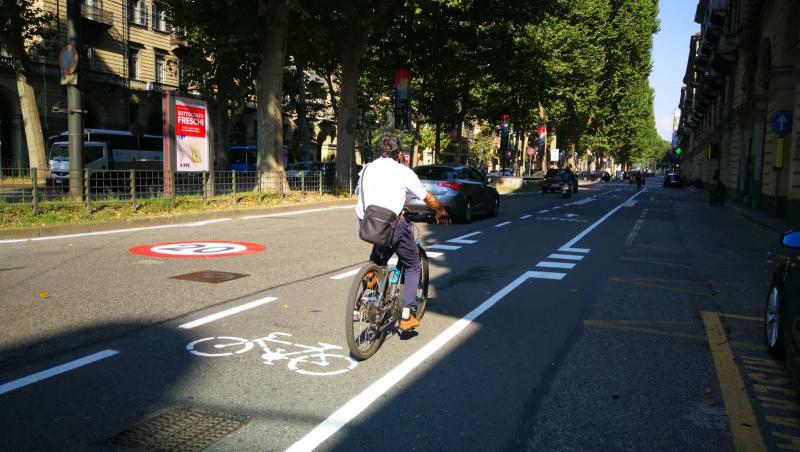 For this reason, we are working on different interventions to upgrade the existing transport network, which already consists of 200km of cycle lanes and several shared scooter and bike stations. Our aim is to add 100km of cycle routes to create a new, more comprehensive network. This will follow the interventions planned in the Bicycle Master Plan of 2013 (in IT).

In addition to this, Turin is implementing a speed limit of 20 km/h along the side streets of its main avenues in order to encourage shared use of the road and facilitate cycling. To create a safer environment for cyclists, we are also adding bike boxes at major intersections and specific road signage on pavements.

The City is also filling-in the missing links in the existing network by adding new segregated bike paths and, thanks to new law changes, experimenting with the concept of an "advisory bike lane" – a separated lane on either side of the street. 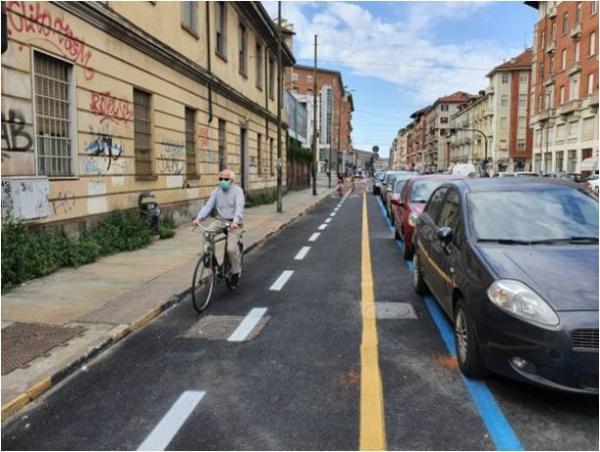 In addition to these different types of bicycle infrastructure, we are also redesigning some of the city’s major intersections. To achieve this, we are waiting for funding from the central government.

To promote the wide adoption of shared mobility, the City of Turin is also creating hundreds of parking spaces for e-scooters, bikes, e-bikes, and other shared mobility vehicles.

Looking towards the (near) future, the reopening of schools in September will pose a significant challenge. In response to this, Turin will create “car-free” areas in front of school entrances in order to promote physical distancing. 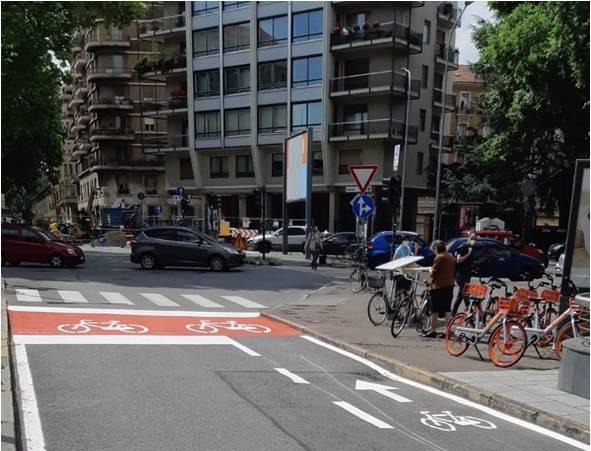 A new bike box at a Turin intersection

The follow team of civil servants from the City of Turin is developing emergency mobility measures to deal with the COVID-19 pandemic:

Find out more about Turin’s work on cycling as part of the CIVITAS Handshake project here.