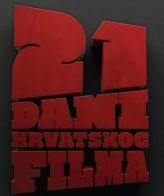 CIVITAS ELAN Zagreb is proud to announce that the three CIVITAS ELAN short films will all be featured on the 21st Days of Croation Film festival that will take place from 16 to 22 April 2012!

The three clips "Alojz and Vlatka", "Car for all" and "Cyclists and pedestrians" will enter a competition with 16 other films in the category of "dedicated films". Have a look at the clips: Alojz and Vlatka Car for all - Car-pooling Cars and cyclists: Close encounters   Other categories in the competition include feature films with 22 entries, animated films with 20 competitors, 17 documentaries, 18 experimental films and 16 music videos. For more information, visit the film festival website (in Croatian).