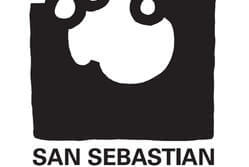 In 2016, San Sebastian, together with the Polish city of Wroclaw, will be the cultural capital of Europe. The city has seized the opportunity to further promote its bicycle culture, by declaring the bike the official vehicle of the European Cultural Capital.

On 28 June, San Sebastian was chosen as the Spanish city to share the honour of being the European Cultural Capital in 2016 with the city of Wroclaw. The theme for the 2016 programme in San Sebastian is “waves of energy”.  More information about the programme can be found at www.sansebastian2016.eu . In March 2011, the city signed an agreement with the local bicycle manufacturer Orbea to make the bicycle the official vehicle of the Cultural Capital. The company and the city will collaborate on the design of a specific bicycle for 2016. Further bicycle projects in relation to innovation, design and sustainable mobility will be developed as part of the programme. The plans include the promotion of cycling towards visitors.