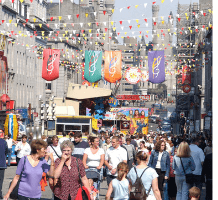 Now marks an exciting time for mobility in Aberdeen (UK) - a number of major initiatives are on the horizon for making car-free transport easier in Scotland's third largest city.

The City Centre Masterplan, which aims to increase the priority given to active travel by reallocating space for walking and cycling, which in turn creates a greener, safer, and healthier city centre.

This is complemented by the Aberdeen Western Peripheral Route (AWPR), a new transport route that will remove unnecessary through traffic from the city centre and unsuitable urban and rural roads. Partially opened in December 2018,  full completion is expected in  Spring 2019.

Alongside these, the new Aberdeen South Harbour, due to open 2020, marks an important development for the region. As part of this, Aberdeen City Council is conducting a Harbour Links Review with local partners.

This examines existing travel links for sustainable and active modes between the city centre, the existing harbour and new harbour areas, and appraises options for cyclists, pedestrians and public transport users.

These have been incorporated into Aberdeen's draft Sustainable Urban Mobility Plan (SUMP). Currently being drafted, its development also forms part of CIVITAS PORTIS.

Through CIVITAS PORTIS, the region will be better placed to capture and benefit from such projects, making the city port a more attractive place to live, work and visit by reducing city centre traffic.

In addition, further measures are being developed along the A96 road, a major transport corridor and commuter route linking Aberdeen to the surrounding region. These include a park and ride in the nearby town of Craibstone and a priority bus lane. Implementation is expected during 2019.

These measures were devised following a transport mapping exercise and a future collective travel route map for the corridor. The lessons learnt from CIVITAS PORTIS will be applied to other transport corridors in the city region and embedded in both regional and local transport policy. 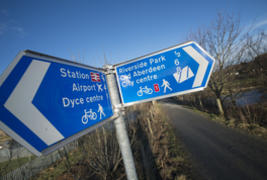 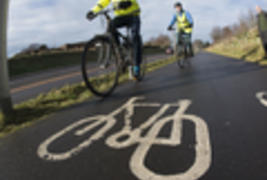