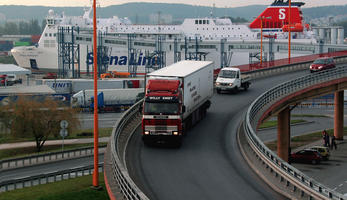 Gdynia is a harbour city with considerable truck traffic. The burden on the city's environment and the cost of road damages caused by overweight trucks is considerable. An innovative ICT based weighing system has identified overweight truck “in motion” and allowed for corrective enforcement measures through the authorities. It is expected to reduce road maintenance cost by 15% and reduce the number of overweight trucks on city roads by 90%.

The cost of damages to road surface and bridge repair works was estimated at 14 million PLN (above 3 million Euros) in 2010. The road surface is mainly damaged by trucks travelling between the harbour and other parts of the city. The trucks obviously not only contribute to road surface damages and high annual cost of their maintenance but also to a high level of noise, significantly reducing the quality of life of the city’s inhabitants.

Before DYN@MO,  there was no weight-in-motion pre-selection system in the City of Gdynia or in the region. Such systems have been innovative in Poland and are only beginning to be implemented in a few cities.

The first weight pre-selection system in the Gdynia region and one of the first in Poland was implemented on one outlet roads from the harbour. The system was complementary to the TRISTAR system. It enabled weigh-in-motion of the vehicles and immediate transfer of information about the vehicle that exceeded the permissible load with its registration number to the Traffic Management Centre or standpoint. This information was also transferred to Road Traffic Inspection that  was be able to impose fines.

A feasibility study for the pilot project on the weight pre-selection has been prepared, and with additional road surface tests, the geographical location of scale was done. As part of this measure Gdynia prepared  the tendering procedure for the technical documentation based on the study, analysis and tests done by Gdansk University of Technology.

During the implementation phase the City of Gdynia had the following tasks: 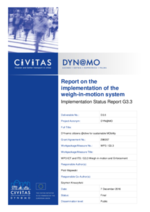 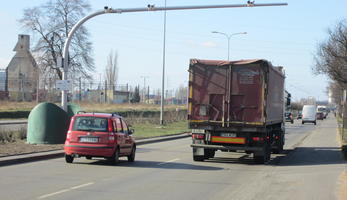 Due to the fact that Gdynia is a port city, the number of lorries, trucks and other heavy weight vehicles on local streets is very high. City of Gdynia has been...