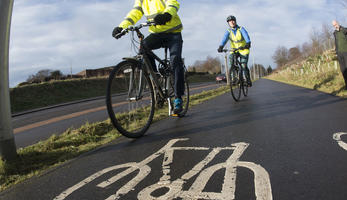 The City Centre Masterplan and Sustainable Urban Mobility Plan (SUMP) have identified various walking and cycling projects to improve the pedestrian and cycling environment in the city centre such that it is easy and attractive to walk and cycle around.

Improved linkages to the Harbour Ferry Terminal, Railway and Bus Stations have also been identified as part of Transform Scotland’s report. The identification of Aberdeen Railway Station as a key cycle rental hub has also been identified by Abellio, the ScotRail Franchise holder.

Participation in CIVITAS will enable the prioritisation of walking and cycling to be increased in order to realise the economic vitality, air quality, carbon emissions, and health benefits associated with these two modes. Aberdeen will undertake an analysis of rudimentary origin and destination data from the national census and other sources to identify opportunities and fill gaps in the network. This should encourage trips of less than 5km using active travel: this is important as 59% of Aberdonians live within 5km of their work place (the highest in Scotland according to the national census).

Once the gaps have been identified, we will increase space and prioritisation for cyclists and will also facilitate and improve the perception of cycling into and around the city centre. The development of a cycle hire scheme (which if public support is sufficient would include e-bikes) will integrate and link to our collective travel projects, such as the A96 Park and Choose, the Aberdeen Rail and Bus Stations. and the Harbour Collective Gateways. This will allow people real modal journey choices to varying destinations via integrated transport hubs at their point of arrival in the city.

Linked to this will be a wayfinding strategy for pedestrians as well as improved streetscapes and key linkages which will facilitate and improve perception of movement around the city centre by foot. Once the infrastructure has been established, a targeted promotional and publicity campaign will seek to inform the public visitors and residents alike of the options available to them. 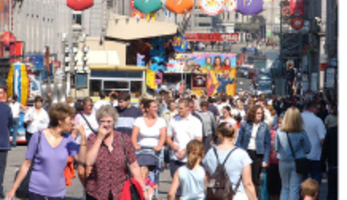 Now marks an exciting time for mobility in Aberdeen (UK) - a number of major initiatives are on the horizon for making car-free transport easier in Scotland's third...